How old do people think your dogs are?

People constantly seem to misjudge my dogs' ages. I imagine it's probably something other Chazzers experience as well. 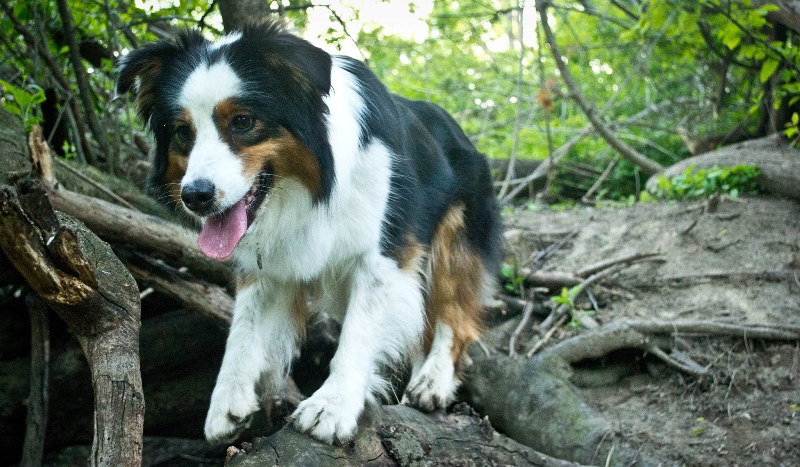 Cohen - 5 years old. People seem to think she's still a puppy. She's quite narrow and small for the breed which I think throws people off. Plus, she's slim and very active. I'd say she looks 2-3 years old. 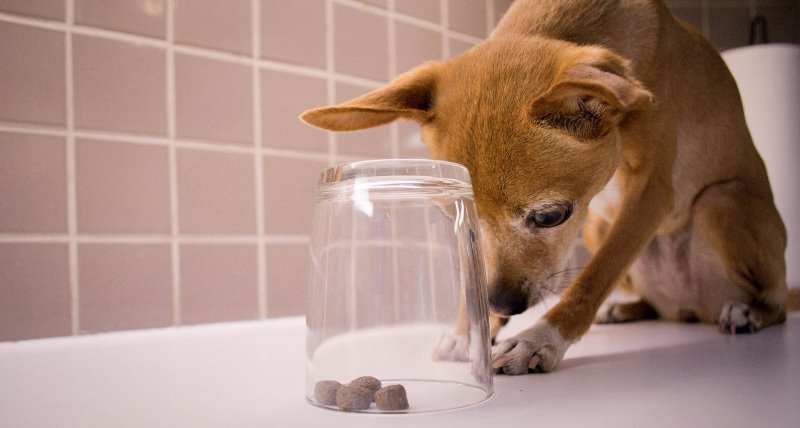 Megatron - Coming up on 10 years old. When I tell people she's 10, they respond "... months?". I know Chis are typically pretty long-lived, but she's pretty spry outdoors and can turn on the boosters when needed. Her physical condition is pretty good and she's quite slim. I think she's aging quite well. Aside from the grey, I'd say she looks maybe half her age.

Bloo doesn't go out much, but people usually think she's under a year because she's a little bitty pittie.

Haha...people think Crossbone is a puppy everywhere we go!

At the disc comp a couple weeks ago people were asking and I just said "Three!" and he paused, did a double take and said "...months?". Nope.


Jack is almost 10 and is just starting to show his age in his movement and white hairs. When he was younger though people always thought he was a puppy because he's so little for a lab.

People are pretty spot on with Watson, guessing he's 1-2 years old (he turned 2 in August). He's pretty skinny and still has a goofy puppy smile, so he looks his age. I think the guesses will start to change if his muzzle goes grey in the next couple years.

It's A Red Dog Revolution

People always think my guys are much younger than they are. Not sure if I should feel good about that or not from a training perspective

Traveler and Didgie are both always called puppies. And I get the "Ohh, how old is s/he?" and when I say 2/4 depending on the dog their are jaws dropping.

That could be though because Traveler still has a brain of an adolescent. And Didgie's tiny. Though I do sometimes feel that if a dog isn't fat people think it's young.

Fergus, not many guesses honestly, though sometimes people think he's a Dane puppy so they assume he's really young.

No one questions me when I say Abrams is only 18 months. LOL "Oh, so he still has a lot of maturing to do." Yup. Haha

Cynder, though, people are shocked when I say she's almost 9. "But she seems so young!" I think people typically guess her around 3-4.
T

Journey is two years old and people always think she's a puppy. She's not small for the breed (40lbs), but comes across as small for some reason. People seem to think Aussies are a lot bigger than they are. Then there are the people who think she's a Berner and want to know how much more she's gonna grow haha.

Dance will be eight in a few months and people always think she's between 6 months to a year old. She's really lanky and fine boned compared to many Tollers, plus with barely any coat she probably does look very puppyish to those that don't know. Nobody believes me when I tell them her age.

Nobody has ever guessed Ripley's age. Most comments about him are regarding his breed or colour. But to me he looks older than he is. He's getting old man warts and his muzzle is beginning to grey at not even six. So I'd bet people probably think he's older than he is. Poor guy. I even have to remind myself that he's not old sometimes. He's still as spry and playful as a puppy though. The only people who mention his age are macho guys telling me about a friend of a friend's hundred and ten pound Doberman. Then they think he's either young or something is wrong since he hasn't filled out properly yet cause he's "only" eighty pounds lol. People are so strange.

Puppy. Everyone thinks that Trent is a puppy, and when I tell them "no, he's almost 6" they're either astonished or just don't believe me.

I'm honestly not sure what it is. It could be the way he acts, but I get asked this when he's just in a down/stay waiting politely, or when I'm just walking him down the street. He does have a baby face, but you wouldn't really be able to tell from a distance (and most people do holler questions at me from a distance). It could be his size, even though he's on the larger end of the spectrum (26" at the withers and 80 lbs), most people seem to expect a much bigger dog when they think of GSDs?

Better than people thinking he's older, though. It surprises me that it's never happened before because he has quite a bit of gray on his face. When someone tells me he's in good shape (or I guess "oh he has great hips!" lol, only in GSDs I guess...) it's pretty nice of them to say. The puppy thing really is perplexing though.
M

Nia's starting to grey on her muzzle and above her eyes but because she's sable, and has lots of colors ranging from a light orange to a dark brown mixed with lots of black, people can't really tell.

She's kind of all over the place and a busybody when we're outside playing so people always think she's 2-3. She's turning 6 in November though.

People think Mia is oldest. She's grumpy and on her bad days can move a bit slow comparatively.

People think Summer is a puppy so are shocked she's 10 1/2! She's wiggly and friendly in public.

People peg Hank as a puppy right away. His mannerisms scream puppy right now. Bouncy and happy and wild and very submissive towards other dogs. He also gravitates towards puppies too.

*blackrose said:
No one questions me when I say Abrams is only 18 months. LOL "Oh, so he still has a lot of maturing to do." Yup. Haha
Click to expand...
Yeah, when I say he's 2 people will say something like "He's still a baby!" or "Just a pup!" Yep, and he acts like it! :lol-sign:
A

Many are surprised when they hear Knarly's age. Some are starting to see he's slowing down [especially this past year, he's really been feeling it], but most can't believe he's an senior.

We use to joke that when his time came, he'd probably die 3 feet in the air in the middle of a hop [he bounces up and down like a ball]. I don't make that joke anymore, but he's still puppish to this day.

It's not at all a surprise but people always think Cali is a puppy, unless they recognize her breed. It's scary to think that she'll be four this coming March! :yikes:

Moses is nearly thirteen and does show his age but he does look young because he doesn't have any gray on his face and he still acts like a puppy on certain occasions, ie: someone in the family coming home after time away.

Leo is eternally a puppy to all people.

I mean, he is a young dog at 1.5 years old. But dog-people and non-dog people alike peg him for a puppy at like 6-10 months all the time.

They are usually surprised that he is almost 2.

Up until very recently, Liz was always guessed young.. she won GRCH female at a show when she was 7 or 8, and my bf at the time said the guy next to him had "pegged her for 2". She's showing her age now - she's not creaky or stiff but she's grey everywhere and hates moving lol (ETA: she's 11 now)

Rage is greying in the face, but based on her behavior everyone seems to think she's still around 2 or younger. (ETA she's 7)
Last edited: Oct 29, 2014

It hasn't really come up a whole lot, but there have been times where people have asked and looked somewhat surprised, thinking he was still younger.

But honestly he really hasn't aged much. I mean, when he was under 1, he was a lot lankier and less 'stocky' ish, but other than, he's basically looked the same since 2 years old or whatever. He's 6 now.

But then some people get confused by his coloring too since his whole back is silver/grey, I think some people equate that as old. But he's been that color since 1 year old, it's just a yorkie thing lol. But it doesn't help that some yorkies stay really dark/black and have more of a cottony coat, so some people are used to seeing that.

I guess it just depends. But he doesn't look old to me.

I posted before I read the rest of the thread.

Things I learned: If it's not fat and not grey in the face, it's a puppy :rofl1:

People consistently think all 4 of mine are younger than they are.

Oz is 11 and IMO looks it. His entire head is white, when it used to be a rich brown. But typically when people who don't know Oz see him, he's running around having a great time (whenever we have visitors he runs around with toys squeaking them and begging to play fetch with the new people). Not the usual sleep all day grumpy Oz.

Cobain is 8.5 (*sobs*) and people typically guess between 3-5 which makes me feel good. He hasn't greyed yet, but even when he does eventually (no never, he's never getting old), I don't think it will be overly noticeable.

Rigby of course is of unknown age. But in 13 days I will have had her for 3 years and she was an adult when I got her. She will forever be a puppy in other people's eyes. She's typically guessed to be a 5-6 month old GSD/Husky mix. Between her over sized ears and both those breeds being fairly common it makes sense. And sometimes I don't correct people lol.

Ruby is 2. I haven't had much interaction with her and other people, but at the park the other day a lady referred to both her and Rigby as "puppies" when telling her dog to be gentle

Walter is almost a year and a half and most people are pretty good at guessing he is about a year old. What confuses most people is his gender. EVERYONE assumes he is female. I get a lot of surprised faces when I correct them and I usually hear "Wow, he's so small." He's 40 lbs which is a bit small for a male Aussie, but not crazy.

Joey is 8 and most people assume he's younger. He's starting to get a little gray in the face and weirdly, on his butt.