Finally switched modes on my camera so got some good shots of the puppy in motion today! 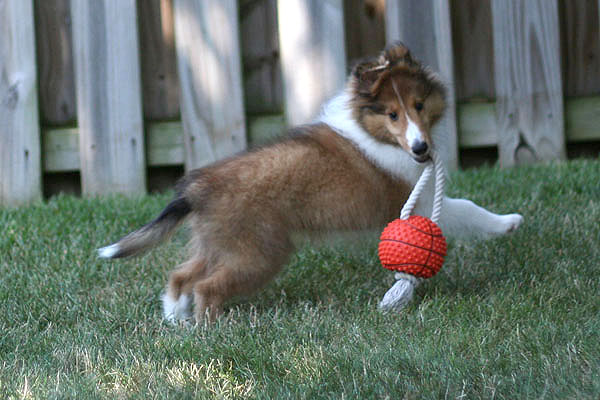 The basketball is obviously Auggie's, but Payton loves this toy. I need to go get him a football one... I'm pretty sure they make one that's identical but a football instead of a basketball. 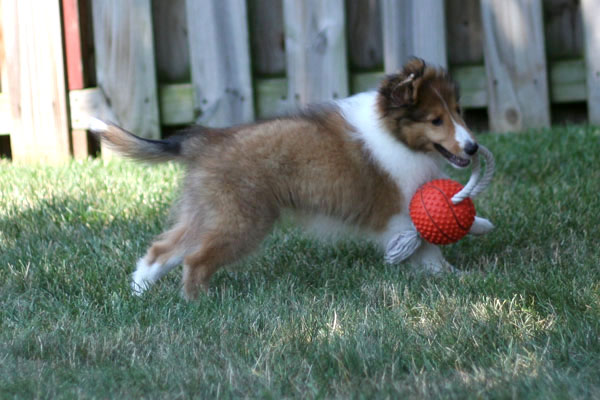 One of his ears has come partially undone, I dunno if you can tell in the photos. 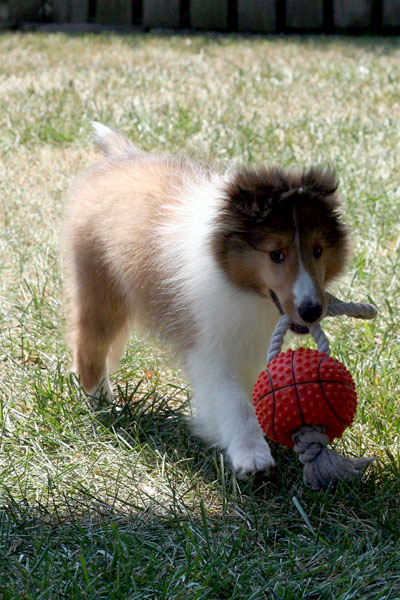 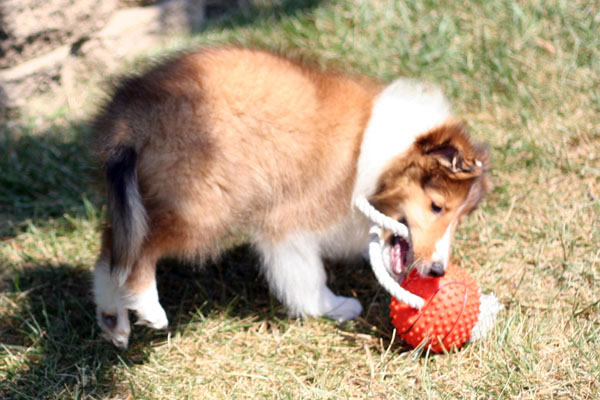 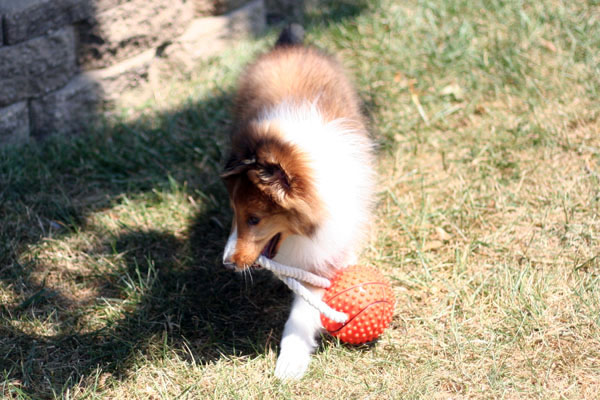 It's funny because the toy is almost as big as he is, LOL. It drags on the ground unless he holds it just right. 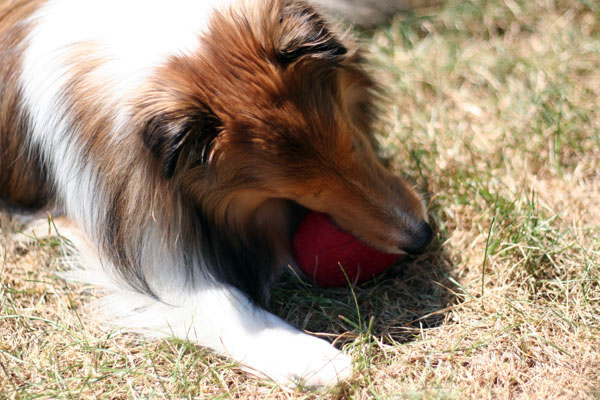 And Auggie with his strawberry. He usually has limited interest in the plastic toys. Today he was obsessed with his plastic toys because I've been giving them to Payton to play with, and of course he wanted them because Payton had them. (I'm not actually complaining, I would like him to play with these more. They were slightly expensive even though I bought the majority on sale at 50% off.)

Auggie loves strawberries so it's appropriate. 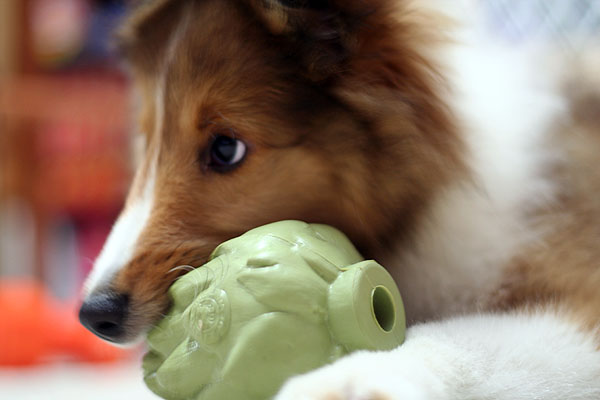 And Pay inside with the artichoke. The artichoke was the first one I bought because it was just too funny!
A

Loving the artichoke toy, I would have bought that for humor too.

I'm glad you finally got your boy, he looks really happy.

EDIT: You should put your 365 days of Payton link in your siggy.

Ozzy has that artichoke! (He chewed the stem off and then ripped the planets off his Orbee, but they're both still going strong three years later)

Payton is ADORABLE OMG THE JEALOUSY I HAVE FOR YOU.

PUPPY FEVER!!! Aaaahhhh. Payton is adorable. I can't wait to watch him grow up (but not TOO fast). Love it.

The fluffeh! So adorable! I love poofy puppies, it's so funny when they run and their hair bobbles up and down heehee.

You is teh evil.

Posting baby puppy pics in a sea of people who have puppy fever LOL! Be very ashamed of yourself!

He is so effing CUTE, is he as naughty as he looks?
Please remind me that puppies are bad....
awful...
chewing...
peeing monsters.
with cute smooshy faces, puppy breath, and cuteness, omg I want lol!

That first pic made me smile!

DogKisses said:
He is so effing CUTE, is he as naughty as he looks?
Please remind me that puppies are bad....
awful...
chewing...
peeing monsters.
with cute smooshy faces, puppy breath, and cuteness, omg I want lol!
Click to expand...
Well, he is naughty... he chomps on everything. He likes to run around the yard and rip up mouthfuls of grass. And he bites on me and my pants and my hair.
But we haven't had any accidents... and he hasn't actually destroyed anything, except several hunks of grass.

He is amazing. He is fast and responsive and curious and so far the only thing that's stopped him is climbing down the stairs of the deck. He thinks he can't do it because he's too little so he won't try. He can go UP stairs like a pro but down the stairs is different. He isn't a ball fanatic but so far he is game to tug. I can't actually tug with him and his baby teeth, of course, so I just hold the toy and he runs around with the other end in his mouth, giving tiny little puppy growlies.
I love him. Everything happens for a reason and I'm so positive things were supposed to work out like this.

Awwww he is so cute! I want one! Payton is a lovely name for him, too.

Awwwww! I agree, everything happened for a reason and THIS is the pup you were meant to have.