The most favorite picture of your dog EVER

#21
Oops, didn't state why mine are my faves. I like them all, because they just make them look picture perfeect. I love Annie's because she doesn't smile much, and that was the perfect smile. I love Blue's because it shows how content he is. Same with Mattie and Callie's.
F 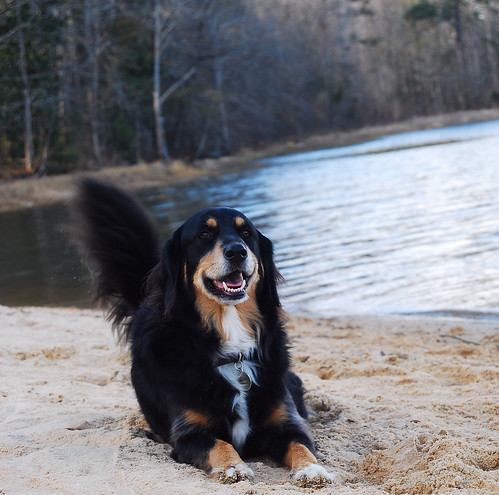 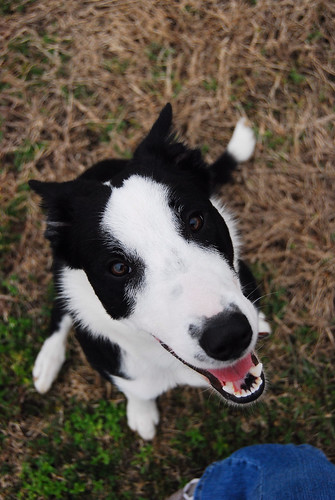 My favorite of Maya....she has the head tilt down perfectly!

Here is my favorite picture of my Poodle

He just looks so happy. This was before he got sick. He still is a very happy dog but he just isn't as active....he still has flair ups. He was 7 months old here

Here is my favorite picture of my Mix. She just loves to pose for the camera and she is always smiling

I have lots of favourites of all three, but I love this one of Keira:

^ It's just exactly her. Curious, yet with a sweet, soulful look.

^ Not only is she unbelievably cute, but I love that look of hers. It's her "what's next?" look -- she's always ready to go and do whatever I ask of her, as long as we can do it together.

I've been sitting in front of this thread all day, and it's still impossible to post. I'm horrible at picking favorites, because every pics I've ever took of the 3Ms are my favorites!

but I don't want them to be left out on a pic thread.. so, here are my 3favorite (little mutts)!

Missy - For her smile & her sparkling eyes

Muffin - For her innocence & extreme cuteness

Mocha - For his eyes & his total sweetness

This thread might be one of my favourites on Chaz EVER

Most of the pictures people are posting are my faves too. 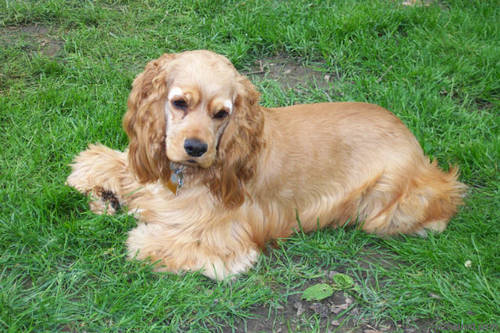 it was hard to narrow it down to just one... 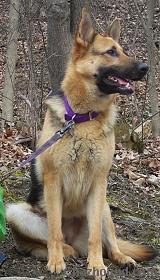 this is just a little bit after we got her...

Harv (at the bridge but still in my heart):

Bella:what the picture doesnt show is the killed stuffie in the bed which she was doing her best to prove she hadnt helped with, the little white fuzz on her mouth gave her away... she was such a cute little puppy... I miss that.

Elle: (on the left)... she looks like she is getting ready to eat the new addition to the family.

Armani: I LOVE watching him sleep... because he sleeps so peacefully and I can kiss the side of his face and I am in heaven.

I just *love* this one of Sally, and I'm not even sure why--just something about it....

My fav of Jack is the one I have in my siggy. It's just *so* him. We were at the dog park and DH took the pic. He found this huge chunk of ice that he just *had* to pick up--he was offering it to me in the pic....

I love this one of her

I have three that I really love, but I think this one is my absolute favorite: Meg as Rin Tin Tin!

^She is the most majestic dog I have ever had anything to do with. This photo was taken a few months ago, she's 11 years old in it. And yet she still looks so watchful and so elegant. The is the sweetest, most gorgeous dog I could have hoped to get to grow up with.

^This is him, I took it one day when I was sitting out the front with him. He is protective, ever watchful, a guardian. But he still has that puppy curiosity and he is the biggest dork of a dog I know.

^This isn't the photo I wanted (willpost it if I can find it) but its her, always happy, she doesn't know misery or even disapointment, that would take up space in her "having fun" sectors.

^I really really like this one of Buster, I have several favourites but this is the one I want people to see. Its such a small part of him captured on film and it explains him well. Its that moment where he starts to become confident in whatever he is doing, relaxes and looses that unsure-ness that sticks to him most of the time. Its that transition moment between nervous and confident, wanting to be with me or in his own world. It isn't the photo that shows how goofy he can be, or the one that shows how incredibly contained he keeps himself. I love this one, with that little smile like he's just relising for the first time that he doesn't have to worry anymore.

I didn't even take this picture--it was the picture the shelter had of her on the website. (So it's the picture that made me fall in love with her before I even met her!) The file name was "Lucybigsmile", and that describes her to a T. She's the happiest, most joyful dog I've ever met.

Blue just a couple weeks ago, totally shows how sweet this big boy is.

And this one which always makes me laugh