My little baby dog is no longer little, nor a baby. But he is still a dog. That's about it. Today he turned three years old. The ideal would have been a nice long hike, just the two of us, and then a swim in the lake, but being Illinois is May, it's currently about 43 degrees outside and raining, so that is not a thing that was going to happen today. Instead we went out to Pet Supplies Plus to redeem his birthday coupon on a bag of treats, then drove around town for a bit together, came back home where I made chicken thighs and gave him the cartilage and joints I cut off them, then we had PARTY.

But first. Yesterday I went to a few stores in town looking for some suitable party hats. I wanted football ones but couldn't find any. I continued searching today, even willing to take plain blue ones (P's colour) or green (I could paint them with some white and make it look like a football field.) NO SUCH LUCK. In my desperation I googled "DIY party hats."
And this is what the crazy dog lady does for her dog's birthday.

Not exactly orange and navy blue for perfect Bears colours, but it works. 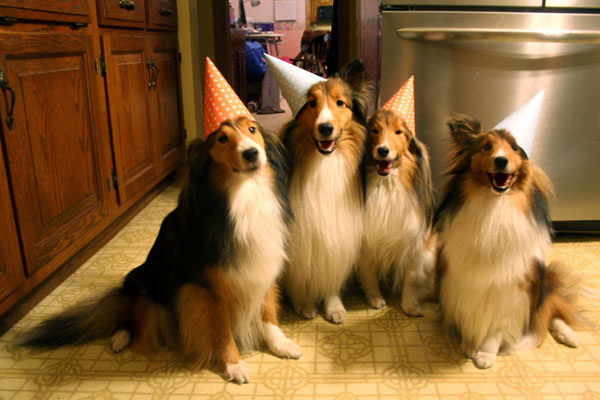 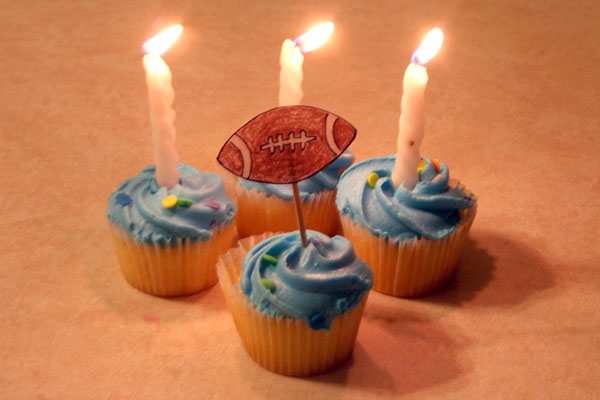 I made the football cupcake pick too, because I was going to buy some at the party store but the line was almost to the door... and I went there twice. WHAT. NO. WHAT ARE YOU ALL BUYING PARTY SUPPLIES FOR. MY DOG IS THREE AND HIS BIRTHDAY IS FAR MORE IMPORTANT THAN WHATEVER YOU ARE DOING. GET OUT OF MY WAY. So I left the cupcake picks at the store and just made that. 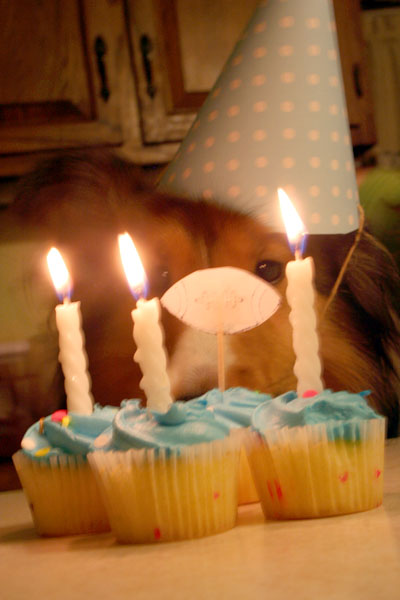 My mom took a bunch of blurry photos from a weird angle so I told her "Get down at his level." This is apparently what she thought I meant. *facepalm* I'm going to have to start hiring a photographer for my dog's birthdays because I can't maneuver dogs AND take photos at the same time. 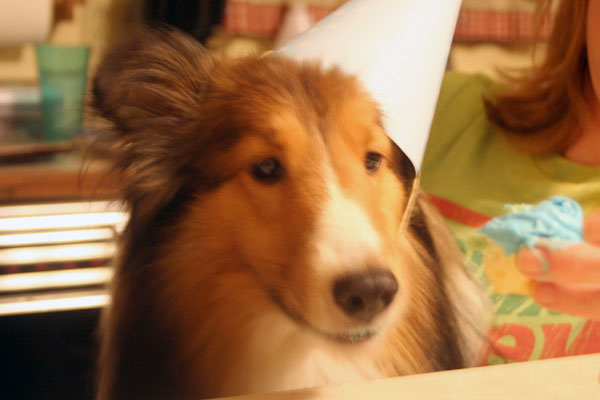 Cuppycakey for the birthday boy!! 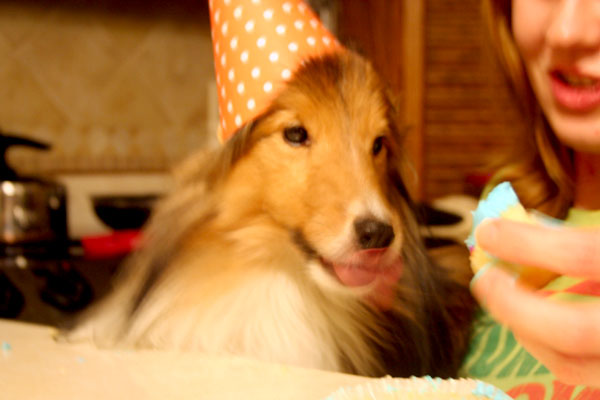 Auggie is seriously the best boy. He wore his hat patiently, sat nicely, then happily devoured his cupcake.

I had half the cupcake in my hand to give to Pepper... and she chose to first eat the half still in the paper instead of just taking the half I had RIGHT IN FRONT OF HER NOSE. Ohhhh Pepper. 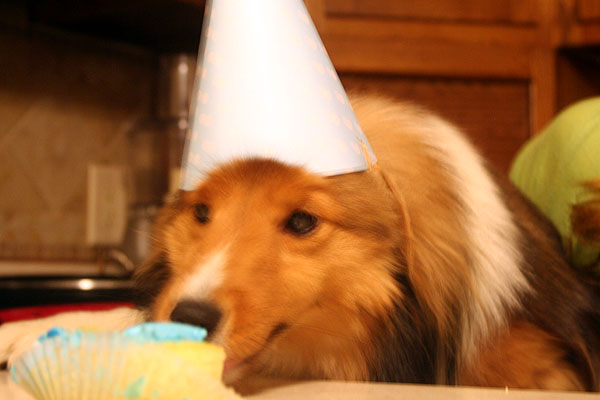 Georgie. My mom says to her "Georgie don't be a shark. Or a gator. Or a pig. Or whatever." It all fell on deaf ears. 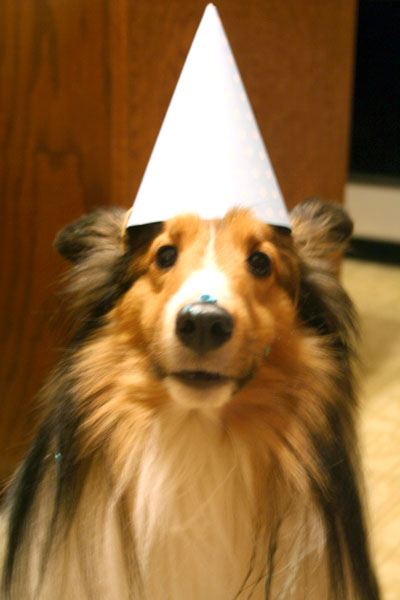 I don't know WHAT happened to Pepper's hat, it got crushed somehow while still attached to her head. But she looks happy, so!

That group photo is my favorite of your dogs, ever. 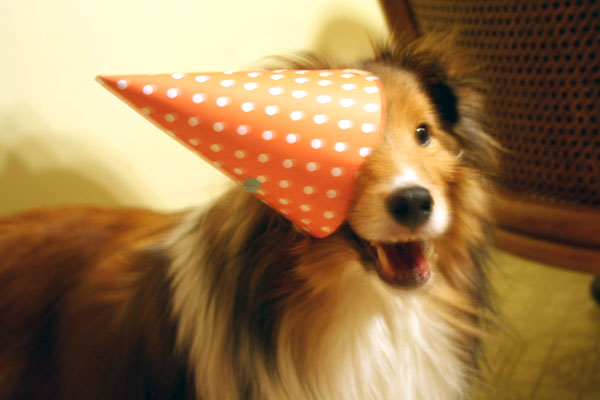 And then we have Auggie. LOL.


P got a little blue sheep as his present, on top of the treats and the chicken parts and the cupcakes. Because we need more sheep toys in this house. That's the bowl I later taught him to pivot on. Yep. I can't believe how fast he's growing up! It doesn't seen possible! He's still baby Payton to me
The pics are too cute. I love how happy Pepper looks, too

They're all adorable!!!
B

Happy Birthday! I just love the pics of your birthday party!

He is such a hunk! I love him!

It's A Red Dog Revolution

Awww happy birthday, handsome!!! Glad you had a good day despite the yucky weather