I realize it's like two weeks late.
First of all I had a horrible migraine that day - not the worst of my life, but the second worst of my life. I was heavily medicated and did pretty much nothing all day long. I forgot my Easter stuff at my house (silly me though last year "surely by next Easter we will be moved in!" and took it all over there) so I didn't have their eggs or baskets either.
My mom went out to the store to buy some more meds for me and found a pack of eggs for cheap there, so she brought them home so they could hunt eggs. First we did a hunt inside where she hid all six, then one at a time we let each dog find the eggs. But the lighting in this house is awful and I was still laying on the couch just watching, so no photos of that. But a few hours later I was feeling better so we went outside. I didn't really "hide" them so much as just set them down around the yard, so this is officially The Worst Sheltie Easter Ever.
But I did get pics. 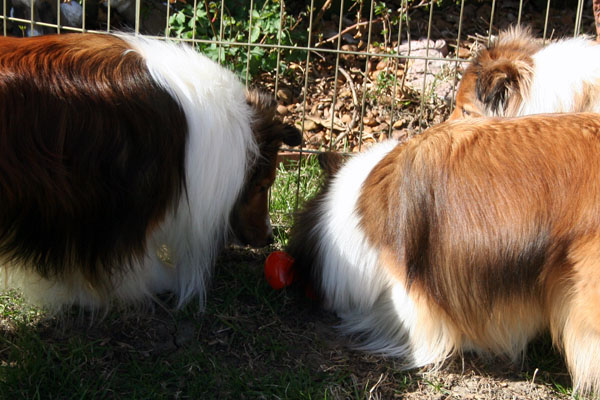 The shelties... one egg. 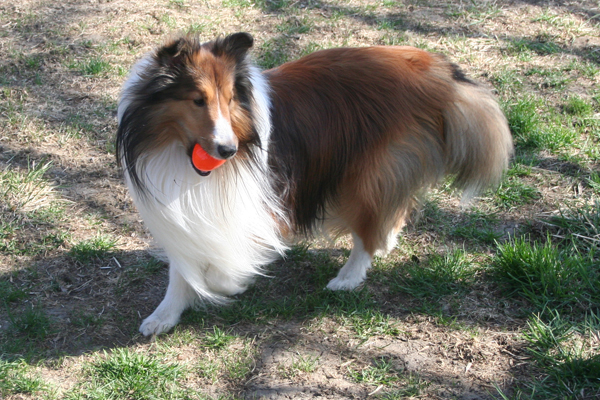 Payton manages to escape with this one. 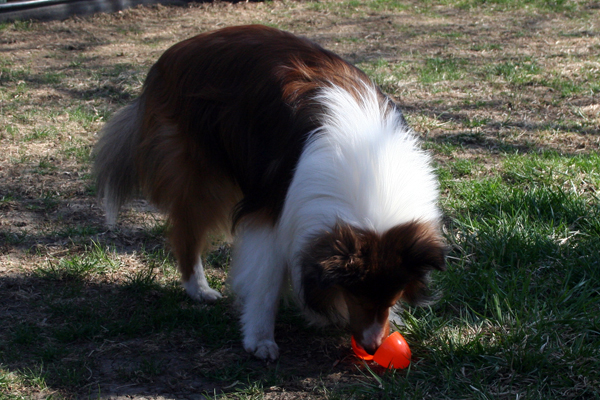 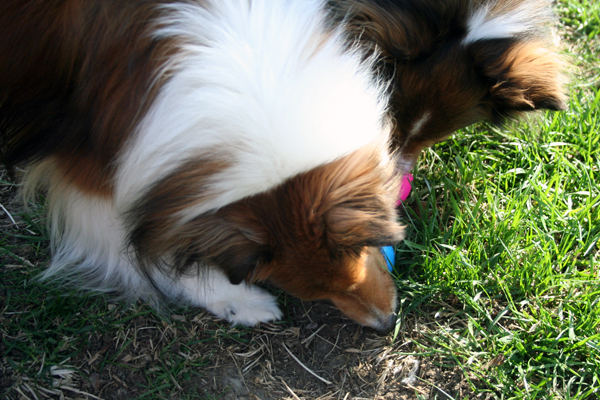 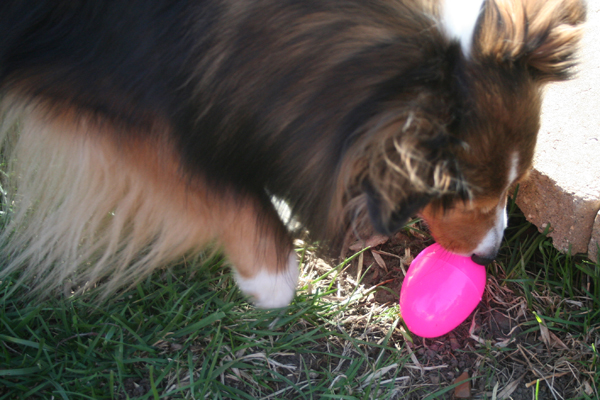 Pepper sorta kinda got into it this year since she had time to find eggs all by herself without the other dogs... but she still was like "I found one!" and then basically just sat there with it hahaha. 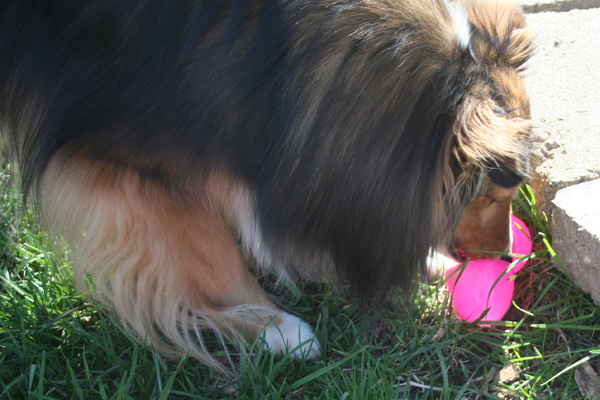 She wasn't even motivated to find other cookies... maybe she thought the egg would spontaneously produce more cookies? 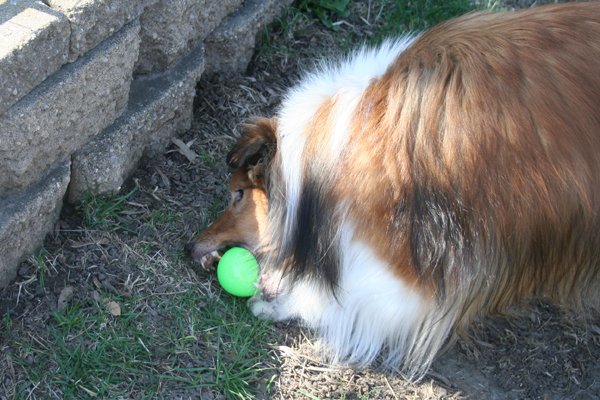 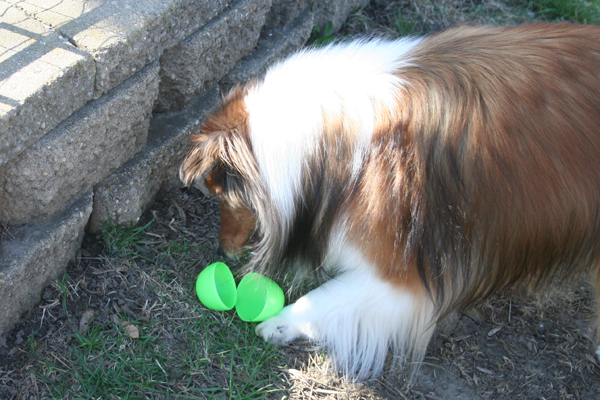 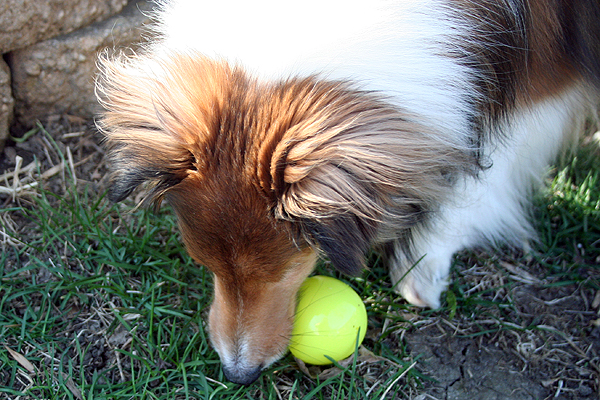 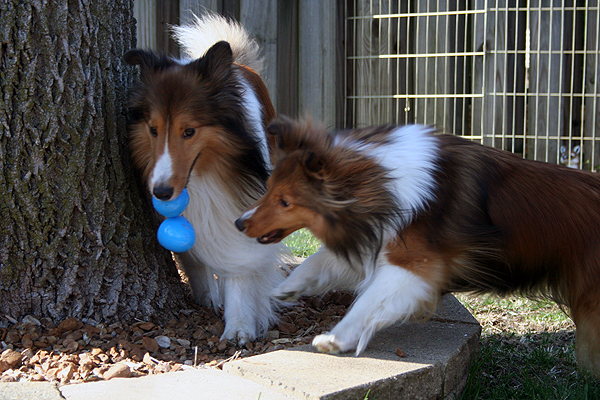 Meanwhile this was happening... Payton kept running around with an egg and Georgie trying to steal it from him... NOT THE GAME, PUPPIES. 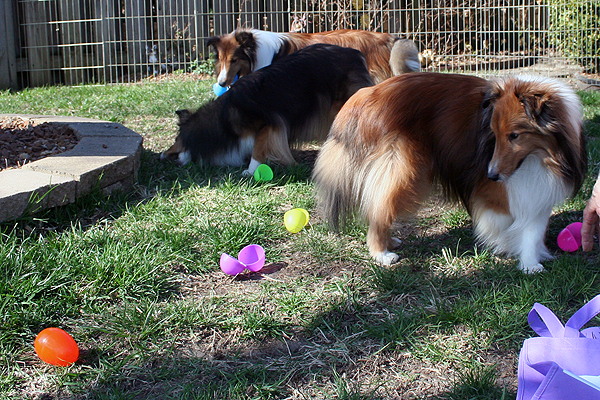 Pepper, by the way, is in the back not grabbing at an egg, but just grabbing at the ground. Because... Pepper. And meanwhile Auggie is looking around for anything still unopened. 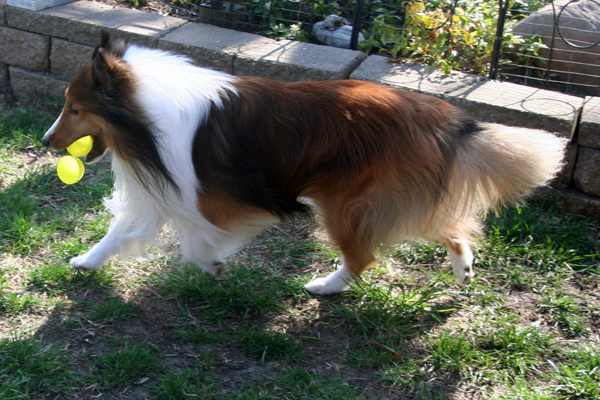 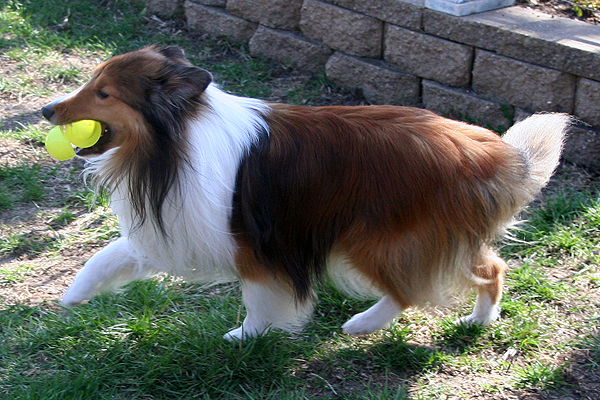 That's all... not a lot. Better ones next year hopefully.

Aww, I've always wanted to do a Doggie Easter Egg Hunt. Sorry about your migraine. That's never fun. My mom skipped Easter this year due to the flu, it sucks being sick on holidays. Payton is looking super handsome

I did a doggy Easter egg hunt with Abrams this year and he had a BLAST. I'll definitely be doing it yearly from now on. I'll be in trouble when I have a kid, because Abrams will want to find all of the eggs, too.

I taught Leo how to search for an Easter egg this Easter, completely inspired by you. It took him a bit, but then he definitely loved it.
Looks like Auggie would wipe the floor with him though and steal all the treats :lol-sign:
You must log in or register to reply here.
Share: Facebook Twitter Reddit Pinterest Tumblr WhatsApp Email Link