It's way too soon to be making another one of these threads, but we let Hannah go this morning.

She had made a giant bounce back for a good few months after she was diagnosed with cancer but this time we knew she was done. 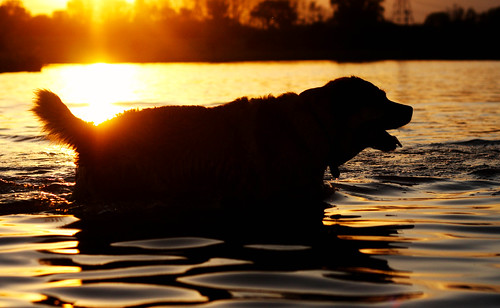 Hannah was the dog I begged for when our old Border Collie, Rascal, was getting up there in years. I wanted a puppy to get him going again and a dog I could raise. My dad, being my dad, said absolutely no. We didn't need to dogs and it wasn't happening.

My mom and I went out that day and came home with Hannah. 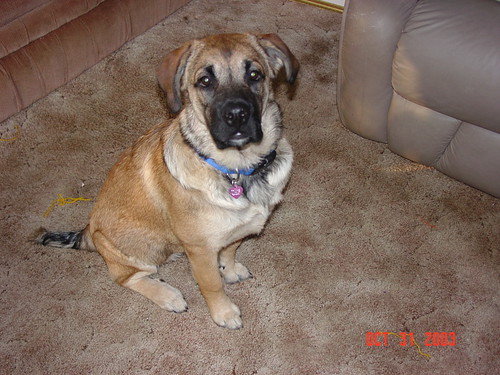 She was from an accidental litter from some local people (who happened to live on my dads mail route, he's a mail man). I wanted her sister, her sister was much more outgoing and fun while Hannah seemed very under developed, just kinda laying there in the ladies arms. But there was a family battle going on about the puppy I wanted so we ended up taking home Hannah. They called later that night saying that if we wanted Hannah's sister we could have her but it was too late, Hannah was ours. 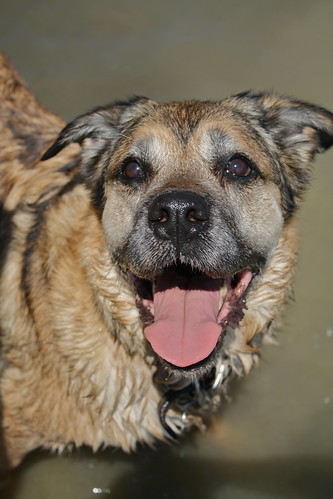 My dad didn't speak to us for days and then when he started to speaking again it was to say she had no personality, was just a lump. Soon after that she was the first living being to be greeted when he walked in the door.

Him and Hannah became inseparable. She slept every night next to him, kept him company during the summer whenever he was out in the yard. Her favorite thing to do was to lay next to him while he read out in the grass. Every car ride possible she would be next to him in the passenger seat. Whenever I wonder what someones heart dog looks like I think of him and her.

She could do no wrong in his eyes and all dogs were compared to her. He called her his Prettiest Pretty Princess. 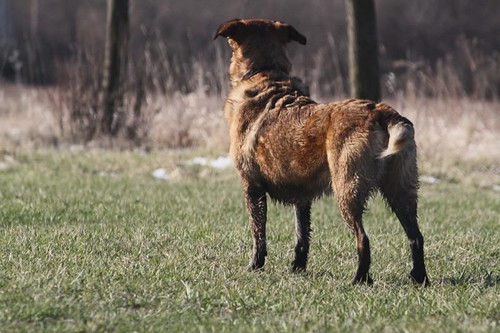 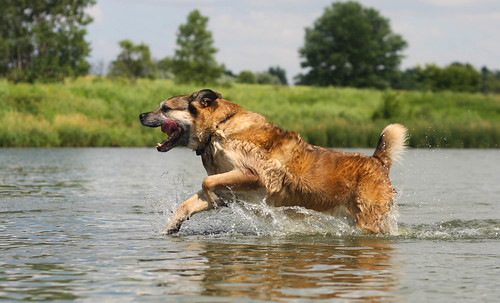 As she got older she became such a crotchety old lady. She had her rules and they needed to be abided by. She was the police dog, tattletale and all around rule enforcer. Anytime a dog started to try to get into something while she was around she would tell them off, and they listened.

But, the exception to that rule was Traveler. She adored him and he her. She would flirt all day and get him to play. He was the only dog she would play with and the only dog she let get away with murder. 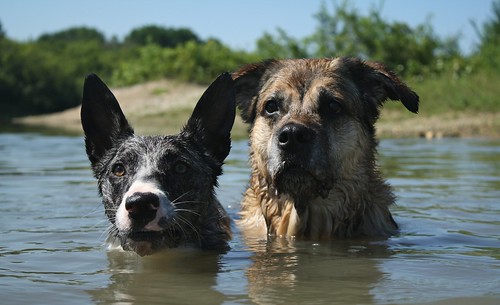 She is going to be so greatly missed and that hole that was left from Kaylee's passing just got bigger. She was a constant presence you just always knew was there to cuddle with, to keep you company, to boss all the other dog around. 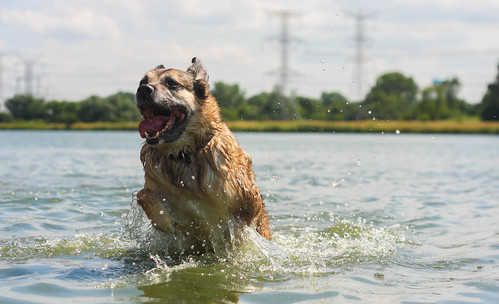 She's no longer in pain, or confused by why her body wasn't doing what she wanted it to do and that's what is most important. But god is she going to be missed. And even though she was almost unresponsive this morning she still struggled to get up and wagged her tail when my dad walked into the livingroom to sit with her. 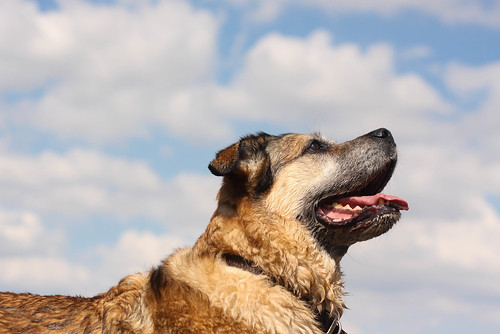 Crying I'm so sorry Linds, sending lots of love to you and your family. You haven't had an easy go, lately. I am so glad you have such beautiful pictures of Hannah to remember her by <3

I am so, so sorry for your loss

She was a stunning dog. I'm so sorry

I am so, so sorry. Your family has had such a rough year.

You can tell how much your dad adored her. Please give him an extra hug for me

So sorry for your loss. She sounds like an amazing girl. Love the photo of her and Trav in the water.

Sorry for your loss...

I feel for your dad

She had the sweetest face<3

I am so very sorry for your loss. Run free Hannah Belle.
J

Crying with you I am so, so sorry for your loss. It's just not fair.
S

I'm so sorry Linds. Hannah really was a sweetheart. Give your dad my best.

Thanks all, really really thanks. I appreciate everything everyone on here has said.

It just really sucks. Feels empty and wrong on top of already still feeling empty and wrong from Kaylee. And it's going to kill my dad when the weather starts getting nicer, the time he would start having Hannah outside with him all the time.

But, I do want to post this for anyone on here or any lurkers reading that are in the Chicago (or San Diego and Philadelphia) area: Compassionate Heart who do in home euthanasia for a very reasonable price have been absolutely wonderful for both Hannah and Kaylee. I hope to not have to use them again for a very very very long time but each time they were a god send.

I emailed the founder last night around 10:30pm and they managed to get us an appointment for 10am today. Just very good people.
X

Oh man, I'm so sorry.... sorry about Hannah and sorry that you've had to deal with two losses so close together . Very pretty girl, I'm glad that she got a reprieve from the cancer for a while and that she got to pass at home.

I'm so sorry. She was a beautiful girl; try to remember all the good times you shared. Hugs

I'm so sorry for your loss

Sorry for your loss Linds. Her and Peewee can be the fun police up in heaven.