Trick Cat! + Updates of the girls

Nika is now one years old(unbelievable), and Jazzy is now 6 1/2. Which is unbelievable, because she'll soon 7 years old. SEVEN. It just seems so weird.

Thankfully, they've been getting along for the most part. Nika, at times, still chases Jazzy, but it's been happening less and less. Nika wants to be close to Jazzy, but... Jazzy has other thoughts. Which don't include Nika in the picture. I've seen her try to clean Jazzy multiple times, and Jazzy just hisses, and growls. I can't really blame her though, because they did have some issues previously, which, have mostly subsided. They mostly ignore each other. Besides the occasional sniffing of each other, they don't really interact with each other(they will, however sit close together).

Nika is still my little troublemaker. Especially with food. I made some meatballs for my lunch, and she ended up eating a few of them(I had to let them cool, Nika eating them didn't go through my mind.). She LOVES bread, and has got into countless bags of it, because my family is being dumb, and lets it sit out. When they know Nika gets into it. And, they usually leave it out when I'm at work, and that's what I will come home to. Since she steals Jazzy's food, we have to cover it up with a plate/bowl, after she's done eating. Well, a few nights ago, I heard a crashing noise, which...freaked me out(It was storming and windy, which didn't help lol).So... I went down to see what happened. Apparently Nika pushed off the top bowl all the way, and got to the food.I'll admit, she is kind of, well- she is obsessed with food. But that isn't necessarily always a bad thing! Actually, I'm pleased that she has such a strong liking for food, because we channel that "obsession" into something useful, Drive! That drive is used for clicker training, and, I'm so impressed with her progress so far, how driven she is, how incredibly smart she is, how quickly she can pick up on things. Asof right now, here are the tricks she knows
~ Sit
~ Come/Recall. Reliable about 75% of time. I've been slacking on this, so we I need to step up my game
~ Paws Up(On leg, box, stepping stool, various other obejects)
~ Sit pretty
~ Touch -Hand and Clik Stik
~ Box
~ Other Box
~ Hoop- Command is go through
~ Tunnel
~ Over leg
~ Under leg
~ Spin
~ Fetch

Right now, we are working on
~ Figure 8
~ Down(I seriously don't understand why this is taking so long.)
~ Paw
~ Rollover
~ Backup

Here are a couple of photos, from one of our training sessions. 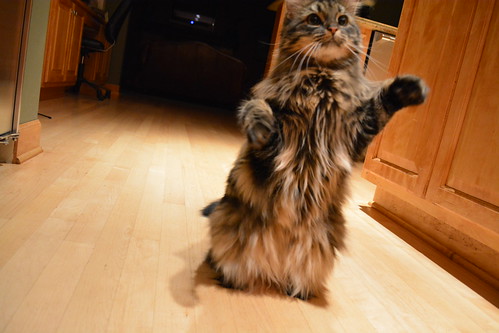 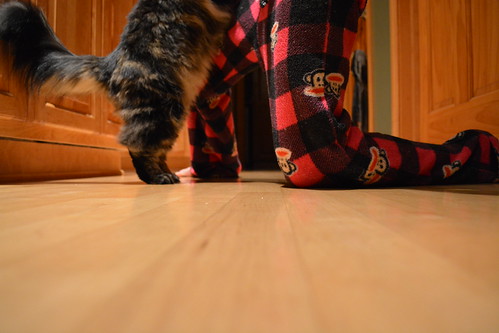 And... a here's just some non training related photos. 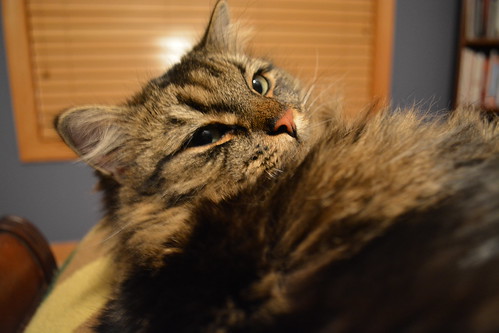 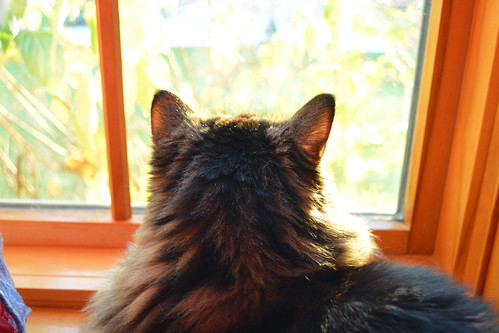 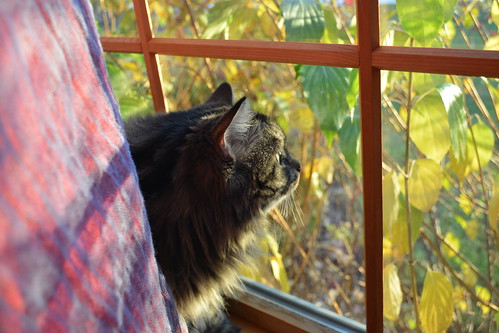 Jazzy. My boo, is definitely still my big baby, and my heart, I absolutely adore her. I canâ€™t imagine life without her, and I donâ€™t know where Iâ€™d be without her. Sheâ€™s my everything,and I love her so much. Weâ€™re physiological intertwined with each other. I honestly donâ€™t have much to say about Jazzy. Everything is basically the same about her. She is doing great! We finally have her at a good weight, not underweight, and not fat. The one thing I have noticed is that she is more active than usual, and she is actually interested in playing. Which is so wonderful. That's what I want to see. 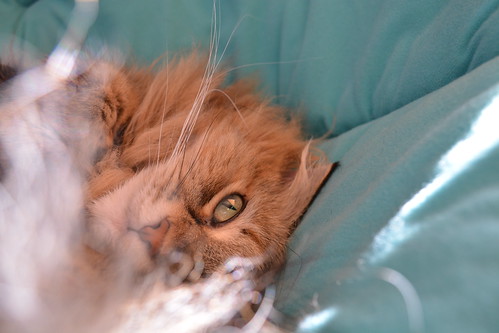 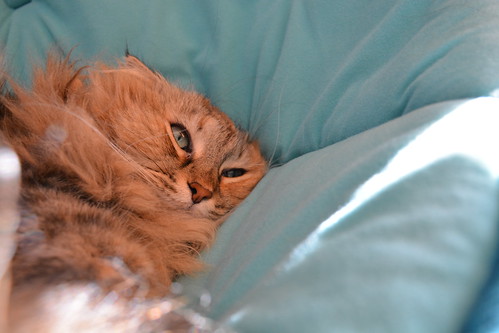 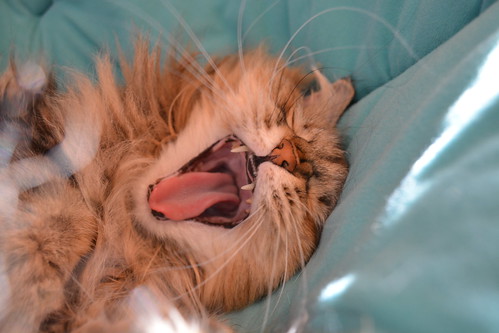 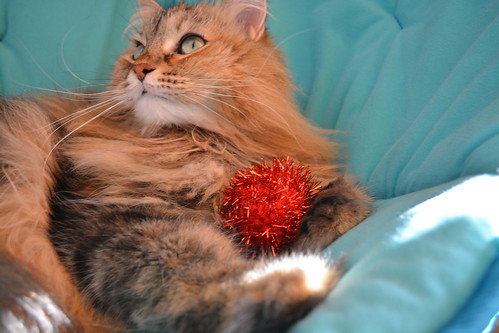 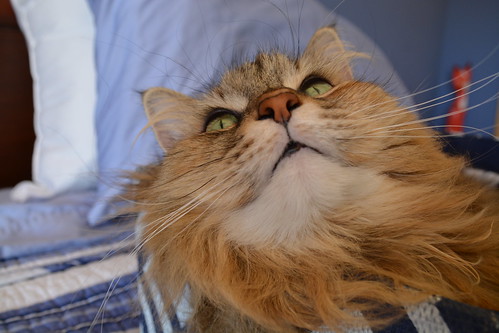 That's so cool how much she is learning! She sounds very smart. Nika & Jazzy are gorgeous cats! <3
F

thehoundgirl said:
That's so cool how much she is learning! She sounds very smart. Nika & Jazzy are gorgeous cats! <3
Click to expand...
Thanks! I'm biased... But, yes, she is smart. She is very food driven. So thats a huge reason why she knows the tricks she knows.

Fran27 said:
Oh man I love your cats!
Click to expand...
Thank you!

Chicabonbird said:
Beautiful cats. That's so cool you've trained them tricks! Love the sit pretty shot
Click to expand...
Thanks so much!

There should be a video of Nika's tricks sometime in the upcoming week, hopefully today, but I'm not entirely sure. So be on the look for that!