I already posted in the SS thread about this but Tortilla did an AMAZING job as our SS. Everything is perfect and spot on for all the dogs, which is especially a surprise with Pepper, who is not really much for toys or playing, but absolutely loves her gift-toy so much it really had me tearing up and about to cry with the joy she was displaying over this little crinkly Cuz toy.

ANYWAY, on to the pics! 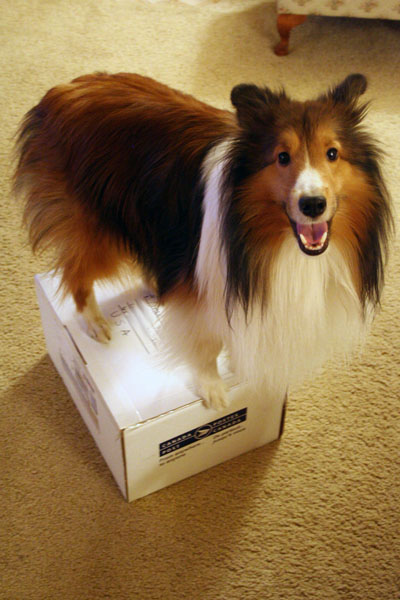 Obviously boxes are for standing on, Payton says. (I seriously had to shoo him away so I could open the darn thing.) 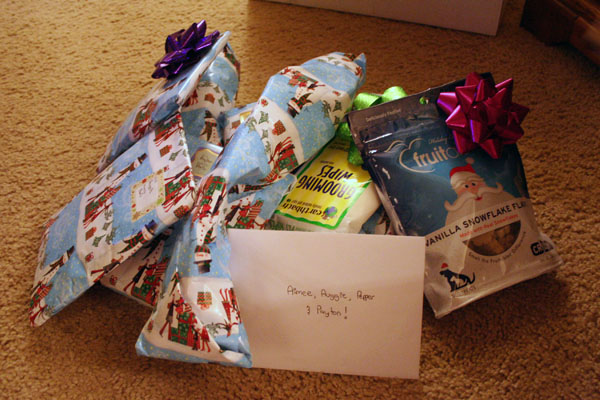 The pile of goodies! 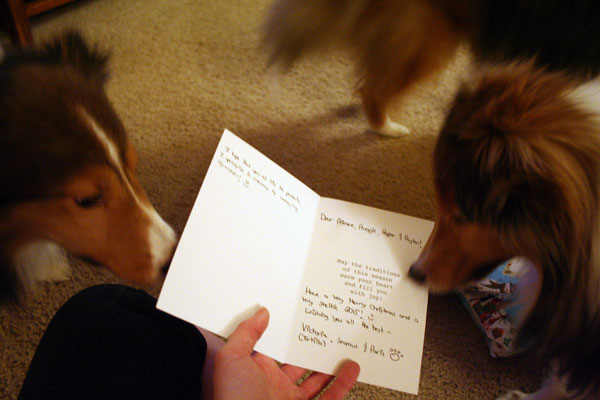 You must read the card first, it's rude otherwise. 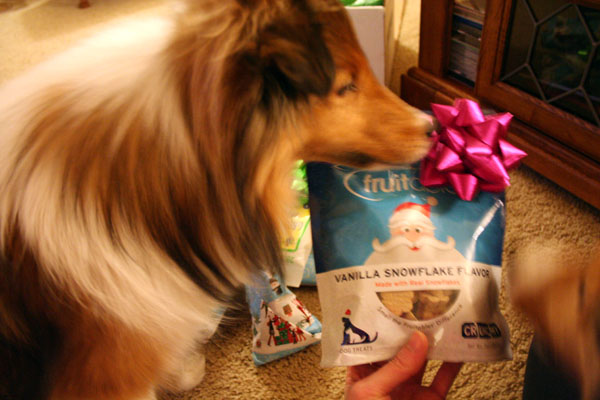 I was super excited about these treats because I had been wanting to try them but nobody in town had any! 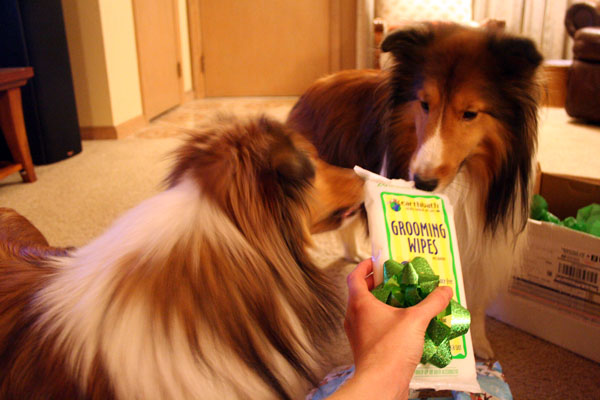 Auggie thinks this must also be more food. 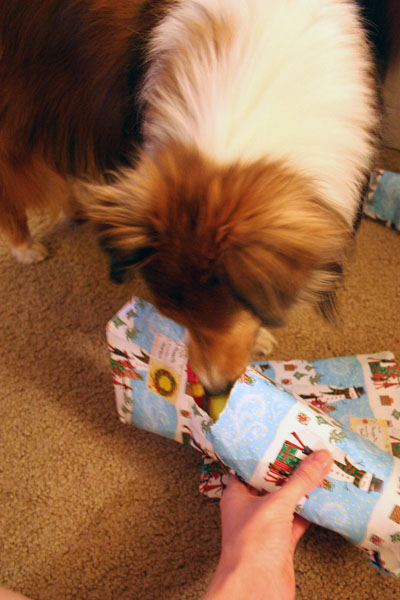 First to open presents is Auggie since he is the oldest. He basically ripped the paper just enough to expose the tennis balls, and then began trying to rip into the netting to get them out. 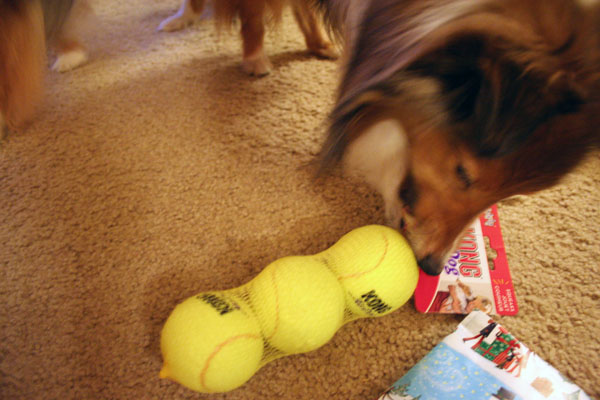 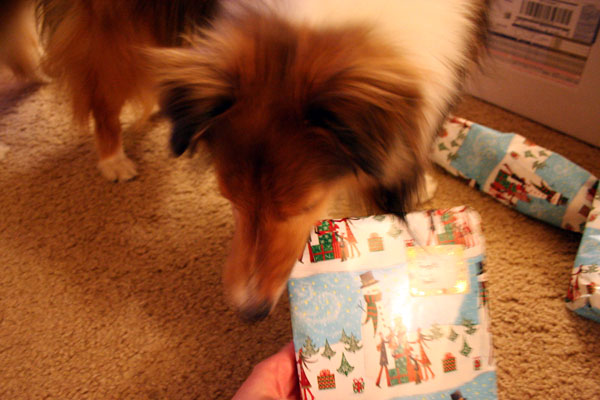 He will stop long enough to nom this second package which is most definitely also cookies. 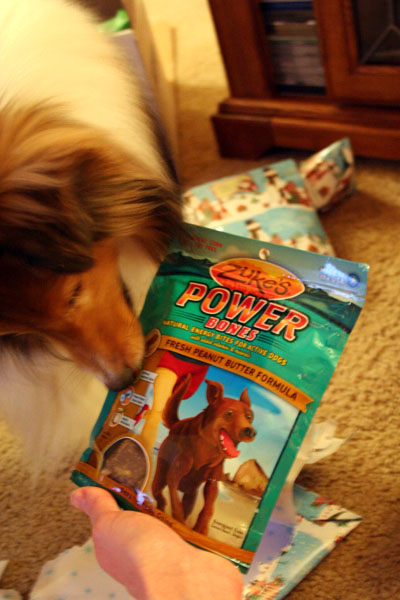 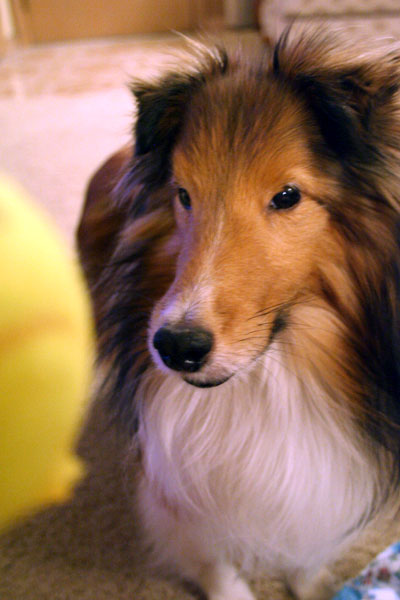 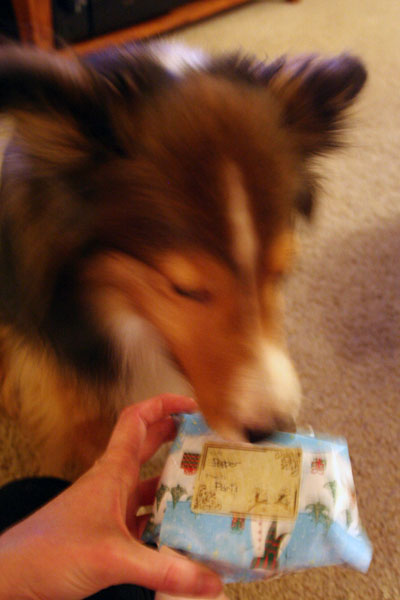 Pepper next. She's not very good at opening presents, she thought this was it. "Oh this is mine? Okay." 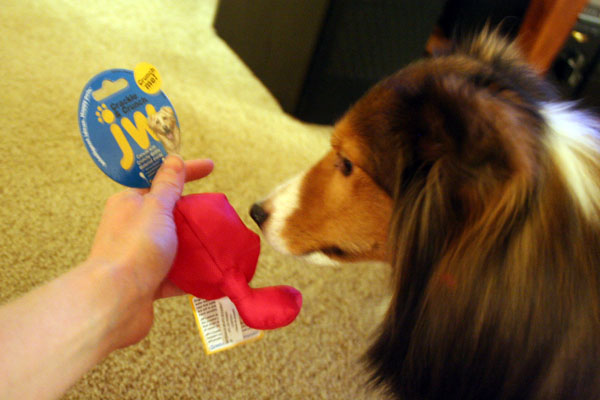 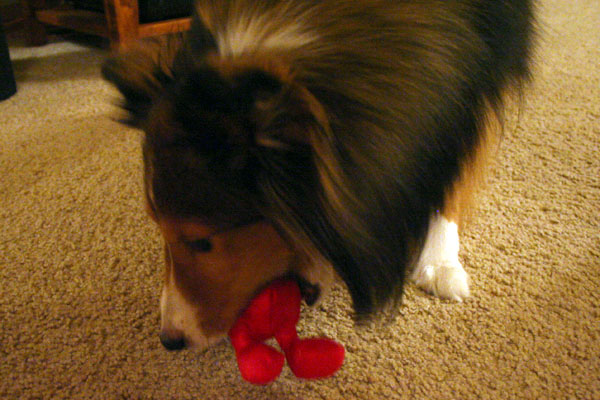 "I like it." We stopped opening presents to play with this thing for about five minutes which Payton HATED because he hadn't gotten to open his yet. 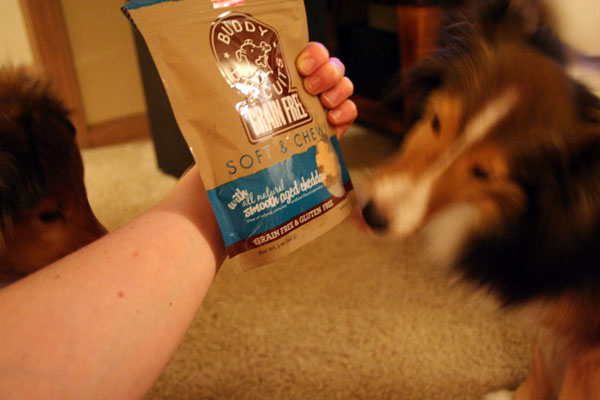 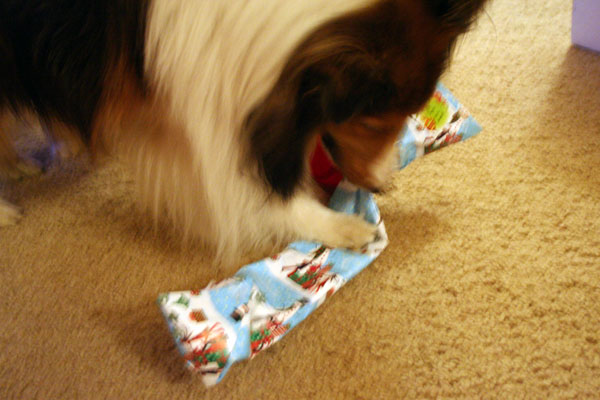 FINALLY it is Payton's turn.

Auggie is totally willing to help though if you need it. 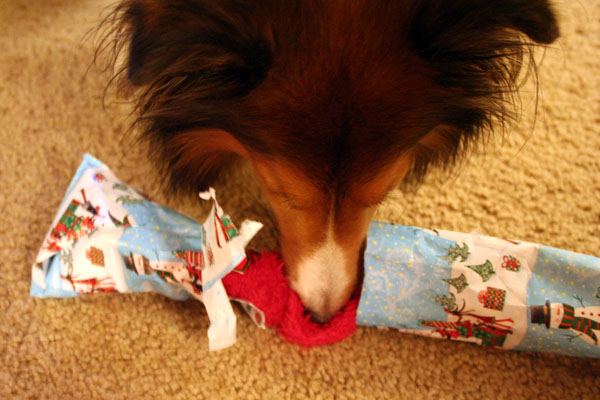 It's a tuggy loofa dog! 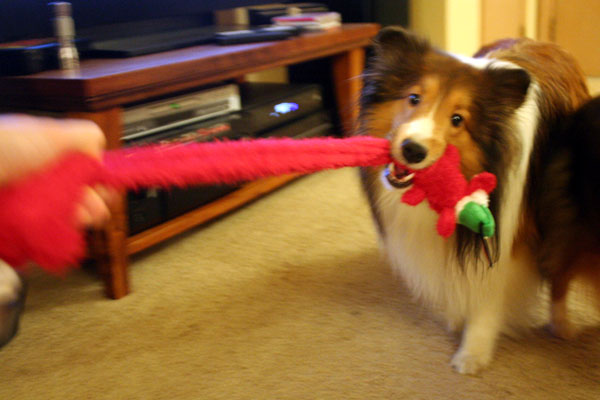 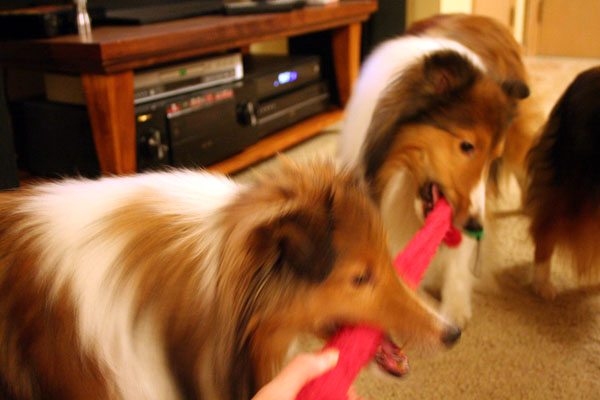 Seriously Auggie wants in on this. 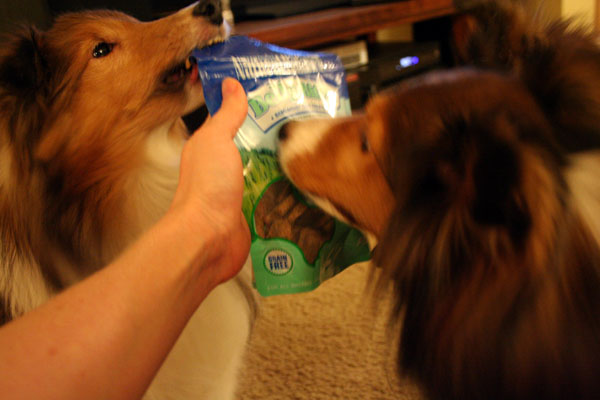 I couldn't get Payton to put the toy down long enough to come back for his cookies, but it's okay, Auggie's got it. 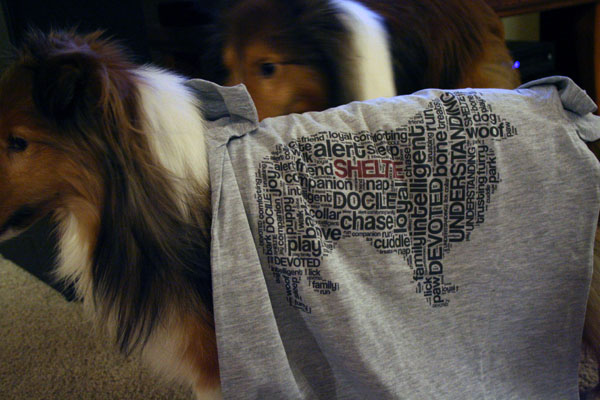 Auggie models the cool sheltie t-shirt that is for me! 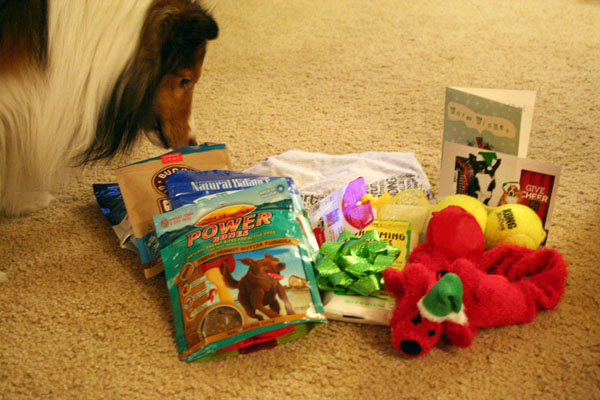 The big haul of doggy goodies. 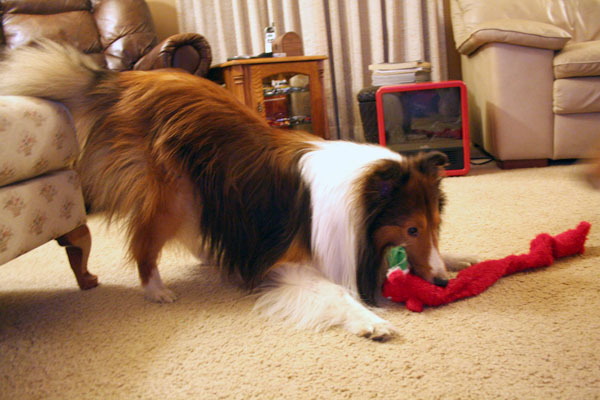 And this cute puppy.


Thank you again Tortilla!! My crew very much loves it all (obviously.)

They look like they had so much fun. Also, I LOVE that t-shirt!

Yay! This made my day! I am so happy that they loved everything, especially Pepper!
D

Love these!! The dogs look like they are having so much fun and that Tee shirt really is awesome.