So, this pup is an obvious Pei mix of some sort. I've just always been curious as to ... mixed with what??? 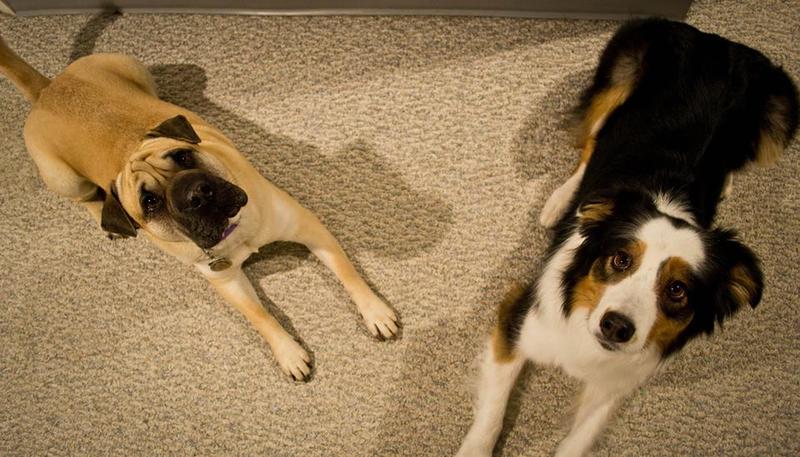 Pei x Pug? I've sort of always thought Pei x Pug/Beagle, 'cause of his size. He's probably about the same size as Cohen, despite what he looks like in this photo. Maybe 40 pounds. He's had entropion surgery (x4) some years back and apparently used to be a whole lot more wrinkly.

It's so hard to tell because the shar-pei traits sort of mask everything else. I'd say he could be pure bred but poorly bred except his tail doesn't appear curly. The size isn't too far off, they're generally 45-60 pounds.

There does seem to be something a little...droopy about him like there is hound or something. But it could just be shar pei I mean they're rather droopy lol. I mean the color suggests pug but any pug characteristics are basically shar pei characteristics too. Lab is always a safe guess, especially if his coat and tail are labby.


In other words I'm no help lol. I think he's a mix but it's really hard to see anything other than shar pei.

I say pug. My friends have a known pei x pug from a breeder and he looks very similar except with a slightly more smushed in face, and rounder pug type body. He's about 40lbs too.

There is definitely something other than Pei there. The ears are the tell for me. Peis have tiny little ears...this guys ears are pretty substantial.

I could definitely see beagle as a possibility and pug too.