What Are Your Dogs Worst Offenses?

Corvus is a conundrum. Anyone else would strangle him. He is needy, hateful, smarter than any dog should ever be, meticulously clever about manipulating me/things to get whatever he wants, and extremely obsessive, possessive, and fickle. He is also the loudest, most vocal and obnoxious creature I've ever owned. He vocalizes EVERYTHING. Oh... did I mention he's hateful?

I don't trust him with 99.9% of the human population because he is not trustworthy with people. I also don't trust him with any animals outside of his immediate pet family because he is not trustworthy with them either. In spite of all this, he is an amazing dog. His only real offense that I felt like kicking him out over was when he developed a habit of charging right through glass to go after things outside. The first time was a chocolate lab in my back yard. He just jumped right through the window. Scared the crap out of me. Then, about a month later, he charged right through another window to go after a stranger in my yard. Shortly after that, he busted the storm door down to get to me when he could no longer see me when I was working in the yard. We did remedy this situation before he could seriously injure himself or someone..but it was a rough month.

Then there is Ditto. She doesn't really have any major offenses...just a pile of smaller ones that make me mad for about .5 seconds and then I laugh about it later. Like the night she stole a full can of shaving cream out of the shower and crushed the can. That was messy. Or the time(s) she's stolen my goat's milk soap and eaten them. If we forget to hide the bars after we use them, she gets them every time. Turd. Or the toilet paper rolls she steals and flattens into shredded, mushy blobs and then hides them under the blankets on the bed. It's just safer to leave the bathroom door closed, but someone forgets at least once a week, and she's always there to remind us of WHY we have that rule in place.

All in all though, my dogs are typically good dogs. They're just...quirky. Yea, that's it!

Zane as a puppy almost chewed through a four inch thick bedpost. He used to poop in the house at night. He has a very sensitive stomach and once he threw up 20+ little piles everywhere. If you are in the kitchen he will whine and bark at you. On a leash he pulls like a plow horse no matter what you do.

Abby is good for the most part, besides her interactions with cats. She has killed a feral cat before and she will try again if given the chance. She now lives in another room (someone is always in there, plus she is a very aloof dog).

Deputy peed Lake Erie on my parents bedroom carpet the first night we had him. He also freaked my mom out by puking Exorcist style rotting deer meat in a perfect tube shape. Since his dementia started he barks at everything and nothing, will lay in the middle of the floors and forget how to go through doorways.

Kieber had no bite inhibition the first few weeks we had him, he constantly barks, he whines/moans/screams if he wants attention. He can't be left loose unsupervised. He puts everything in his mouth. He pesters the other dogs and cats. He resource gaurds. He destroys any bedding you give him. He has dug up the carpet outside my door.
C

Skye had massive blow out diarrhea all over/into my expensive surge protector .

Other than that, they have been pretty tame. They don't typically tear up my things. Romeo sucks/eats holes in my comforter.

Steve: BARKING
Luce: chewing through a kennel door while boarding and through my friend's chain-link fence.
Bean: BARKING (and child-biting)
Hambone: BARKING and eating my (expensive) glasses

Well Pip has only been here a monthâ€¦so far her worst habit is eating paper money (but I am not above putting poop-money in the vending machine soâ€¦.) and SCREAMING. Oh, Lord, the screaming. At her first vet appointment, after 10 minutes trying to listen to breathing/heart rate, the doctor looked up at me and said, "Well, we're just going to assume there's a heart in there and call it good."

Trying to leave me for anyone with a Chuckit.
D

If I leave the bathroom door open, Lola will go and grab one end of the toilet paper roll and toilet paper my whole house.

I left a box near my kitchen counters one time and found that my 7 pound, 8 inch tall dog wandering atop the counters looking for crumbs. Talk about counter surfing :rofl1:

Managed to figure out how to unzip my camera bag because I sometimes keep treats/toys in the side pocket. I thought I was going crazy, because I KNEW I had zippered it but how does a dog work a zipper? So I zipped it up again with a cookie inside and pretended I wasn't paying attention, and she actually used her teeth and unzipped the zipper.

She'll get the crazies at night, and she'll fantasize about cookies being up in high places so she'll bark and carry on until I show her that nope, there's nothing up there. Of course sometimes she's right and then She'll ALWAYS fantasize about something being up there.

Oko said:
Trying to leave me for anyone with a Chuckit.
Click to expand...
So much this.

You know, Duke is a pretty easy keeper.

His worst habit above all is eating poop. All kinds of poop. Horse poop, duck poop, deer poop, rabbit poop, and other dogs' poop. Luckily he's a little more selective with dog poop 'cause otherwise he would be banned from the dog park. He doesn't eat his own, thank god.

He's only counter surfed twice. First time was when he was a little over a year and he scarfed down 10 chocolate cupcakes, and second time was just two weeks ago when he ate a whole box of croissants.

other that that, no big stories for him. He's not into destroying things, he doesn't even rip up his stuffed toys.

Boo redecorated my old phone once (way back when Razors were the rage). I wasn't super pleased, but grew to appreciate the new and improved look.

She also got out through an open gate gate once and apparently chased one of the neighborhood kids all the way back to her house. Given that the story was relayed from a 7 year old, I think it's more likely that Boo trotted into the street and the kid panicked and ran, and Boo followed along behind her. Nevertheless, that one warranted this:

And I don't know if we want to call being thrown into a blind panic, lost, and hit by a car an "offense," but it certainly put a nice dent in the wallet. I'm just thrilled that she is okay.

1. Shredding tissues. He doesn't do much, or go far, but when he's unhappy with something (like us going to dinner without him!) he will protest with a tiny pile of tissue. This was one of the largest: 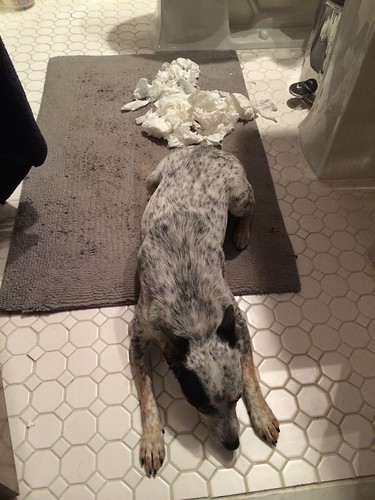 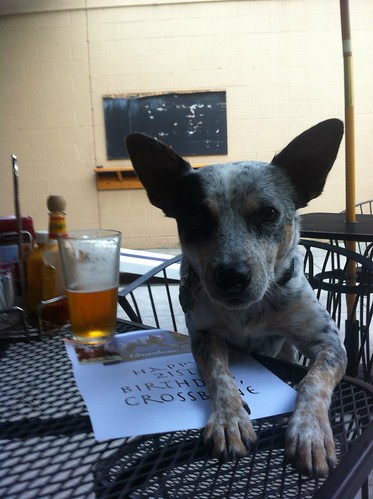 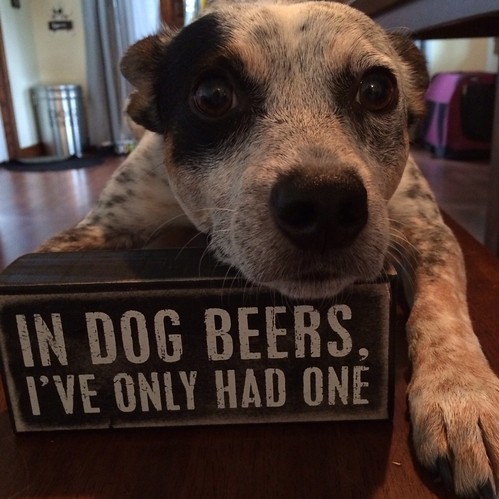 3. Begging and being SO good at it, we have to give in 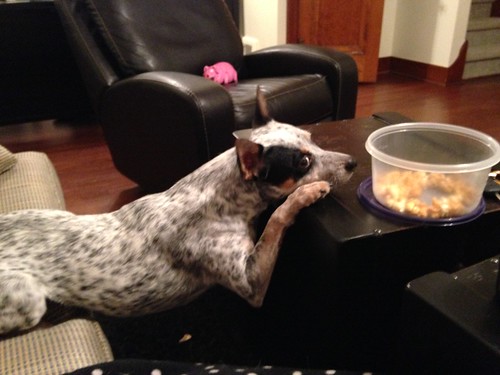 I had forgotten this one about Leia lol. I had accidentally left my favorite pair of comfy grey shorts on my bedroom floor, instead of throwing them in the hamper. Well...Leia decided that she would make them crotchless. Unfortunately that style doesn't work for me.
You must log in or register to reply here.
Share: Facebook Twitter Reddit Pinterest Tumblr WhatsApp Email Link