I had no idea this photo was being taken until long after the fact. 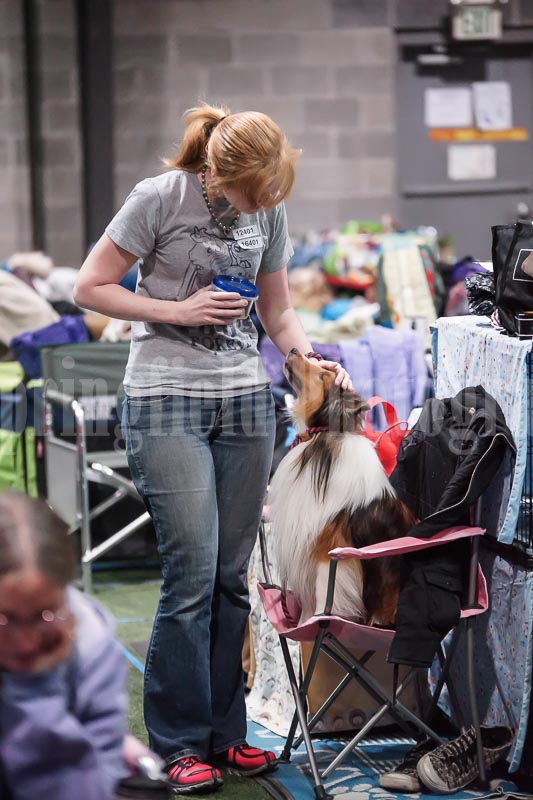 It has not been a very good year for us in agility. In an entire year of trialing, Payton has only gotten three Qs. Two are in Novice FAST so they don't even really count. One Open JWW Q. So many near misses in JWW; most of the time it's just no weave poles, but if we have weave poles, I get so excited he got his poles I blow it for us, gaining us extra refusals from poor cues or doing something that results in a dropped bar. Standard has just been an overall disaster between the weave poles and contacts.

Everybody loves Payton. Even after a horrible run the peanut gallery always tells me he's a beautiful dog, he has great structure, he looks amazing. His speed is highly desirable if nothing else is. He loves the game, he is happy, he is excited (yes I know.) Over Halloween a friend who last saw Payton when he was a tiny 14 week old puppy finally got to see him run and came up to me after our run and said "I think you should know, that dog is going to be really good really soon. He's fast, he's really incredible. He's going to be great. He really is." Many many people who have given me a lot of votes of confidence with him, which helps when we have a bad run and all I want to do is sit down and cry.

But this past weekend is when I actually got the best comment of all.

After a run, which didn't go as planned, we came back to our crate and Payton was sitting in his chair getting cookies for his stay and whatever else he did that was clever (I always tell him exactly what his cookies are for. One cookie for a stay. One cookie for the weaves. One cookie for that obstacle discrimination. Et cetera.) And the lady crated in front of me said "I really like how you handle your dog."
Thinking she meant "handle" as in handling on the course, I said "oh, thank you."
But then she continued.
"He has a lot of drive. And you do a really good job of trying to channel that drive instead of trying to just squash it."
"Oh," I said, realizing what she meant. "Well thank you. That actually means a lot, because it honestly doesn't feel like it."
"Well, it might not feel like it," she says, "but I can tell by watching you together. You're doing a really good job with him. You seem like you really know your dog and you really know your breed. I love watching you with him."

That is probably the best compliment I have gotten with my dogs. And of all the awesome photos I've gotten of Payton doing agility this year, I really do think this one is my favorite.

I would much prefer to be posting brags of his Qs, his ribbons, his placements, his MACH points, how close we are to a championship. Instead we are limping along just trying to get some Open Qs, never mind getting OUT of Open. He is not an easy dog, but he is mine, he's kinda cute, and I kinda like him. I know it other hands he would be treated an entirely different way. It is a balancing act with him and will probably forever be one. But he is mine and I'm glad he is.

I guess I'll keep him.
At least until we see how next year goes.

This is horse-related, but I think of this quote often when reading about Payton. You struggles remind me of working with my past horse as well as Rider. It was always a struggle, but when we worked as a team beautiful things happened. I have a great respect for you for not giving up on your dog or going the "easy" route just for ribbons and titles.

I'm on my phone, so hopefully this works 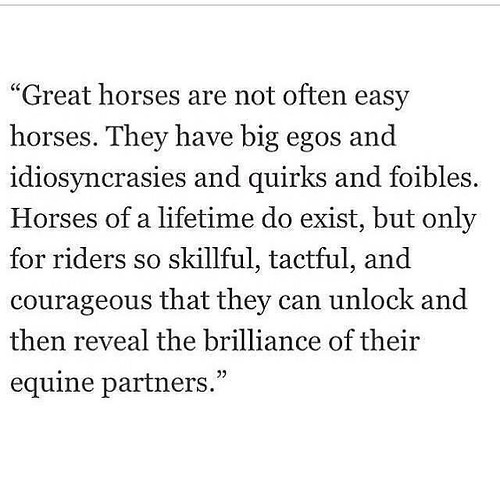 What an awesome compliment! That picture is so sweet it brought tears to my eyes.

I recently saw a Sheltie at an agility trial that ran the way I suspect Payton may run. Beautiful and wild.
S

This is a very lovely post. It almost reminds me of that poem "The Man Who Thinks I Can" also called "Thinking"). You aren't giving up, Payton isn't giving up. Sooner or later you will be raking in those Q's