We have a betta chat area, I know for a fact at least Julee has a mouse! Who else?! Pictures, chat, set ups, etc.
S

I used to be a huge mouse nerd! My last ones passed away in 2010. They were fun while they lasted. I liked all the different colours they came in, and I had a big setup with I think 9 females all at once and they were a blast to watch. Definitely a pretty easy pet, but I always had a tough time hand-taming them. I'm super impressed by the videos online of trick-trained mice.

My litter of three boys - mom came home pregnant from the petshop.

A better shot of Daisy's floof.

Feather in the background, Babe screwing around on a rope.

I built my own setup for them. Two levels with ledges on both, and a trap door connecting them at the back. When I had 9 girls, they had the run of the whole thing, and I just latched the trapdoor shut when I had a boy living in the bottom.

Top half with the girls. It's actually a lot deeper than it looks, one floor was the equivalent to maybe a 35/40gallon tank?

Cricket - chocolate fox. I never got good shots of her because she was the speediest and a hooligan.

Tamu, back in the old cage.

I kind of got fed up when I had the pet shop litter. In Europe, where I first started keeping mice, males can live together. I assume since they have been domesticated for much longer over there. No problem having two tanks - one for the boys and one for the girls. In North America, the guys are asshats to one another for the most part, so even the litter of brothers I had to separate at around 3 or 4 months into their own bin. Even girls would sometimes fall out which always surprised my mouse-pal in Switzerland. It was a lot of work to keep on top of all the separate cages so if I got into mice again I'd probably only keep girls.

I have four mice! No pictures because I'm not good with photography and my room is poorly lit.

Basil is a Himalayan, I think, because she's pointed but her points aren't very large, and she's white everywhere else. She's from a local shelter.

Olive Oyl came from work. She has a squinty eye... an injury, I think, because it didn't respond to antibiotics and she has no other symptoms. She couldn't be sold because of it, so I took her home. I wanted to call her Popeye but that's not a good name for a girl, so I went with Olive Oyl instead. She's white with black spots on her back.

Mango and Papaya are my new ones. Mango is solid orange (yellow? fawn? idk what it's called in mice) and Papaya is spotted orange and white.

I don't plan on getting really involved in mice or anything, but they're neat little animals and a ton of fun to watch.

You made them a lovely home. I think mice are awesome. Yours are very good looking,

That's a killer setup Straw and you had some gorgeous mice! I currently have the three girls in a ten gallon, but I'm going to take advantage of Petco's $1 a gallon sale and upgrade them to a 20L, which gives me the option of adding another girl if I see one who just really catches my eye!

Here are some pictures of my girls, and an example of one of their setups (it's forever changing as once a week on deep clean day I rearrange and put new popsicle stick creations in for them!). 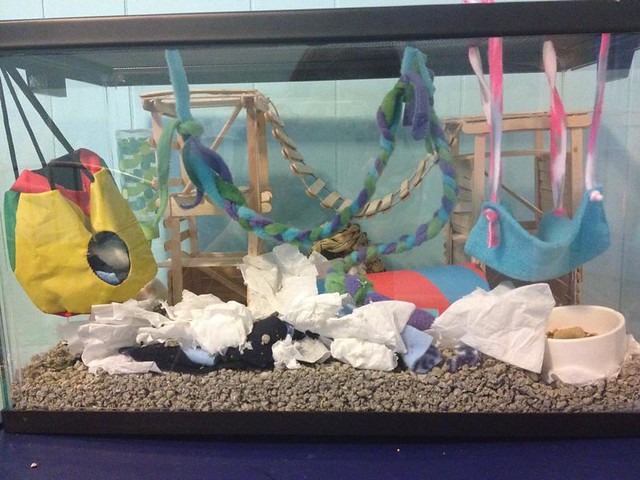 Arya and Sansa cuddled up in a fleece hammock! 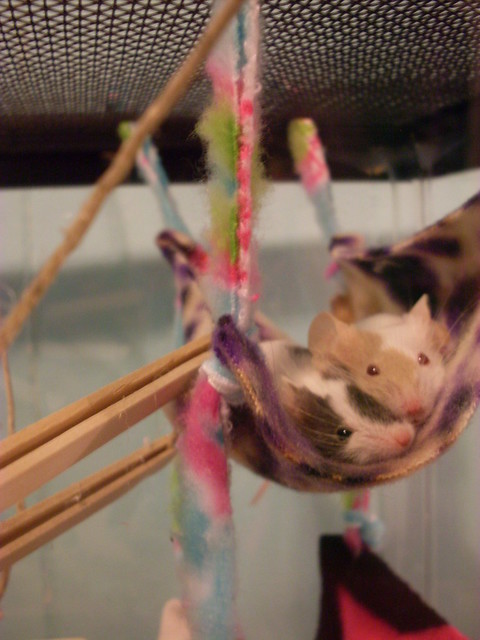 Lyanna on top, Arya on bottom cuddled up in the hanging cube that gets rotated in and out of their cage! 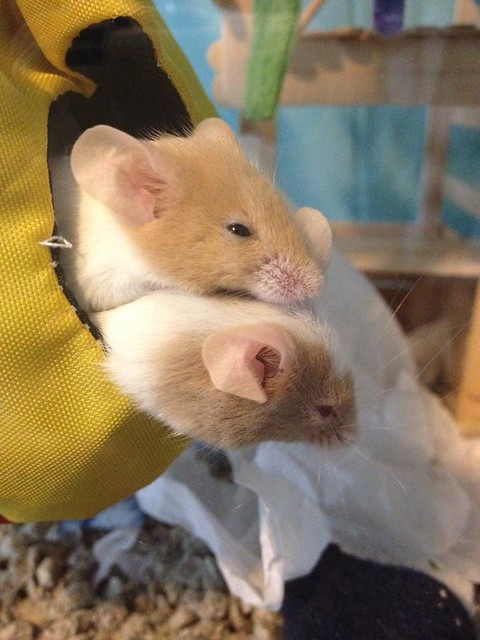 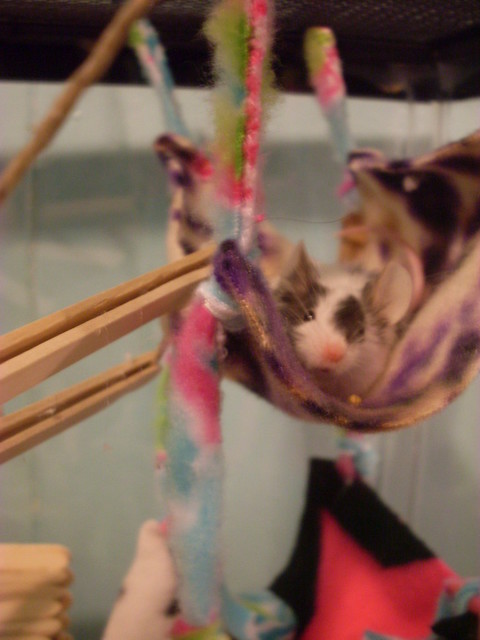 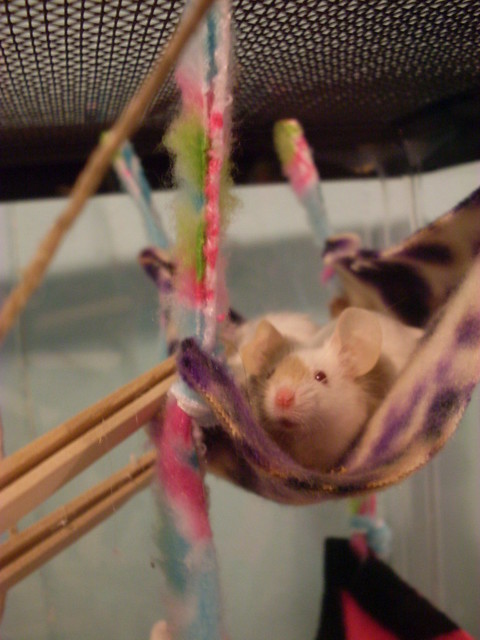 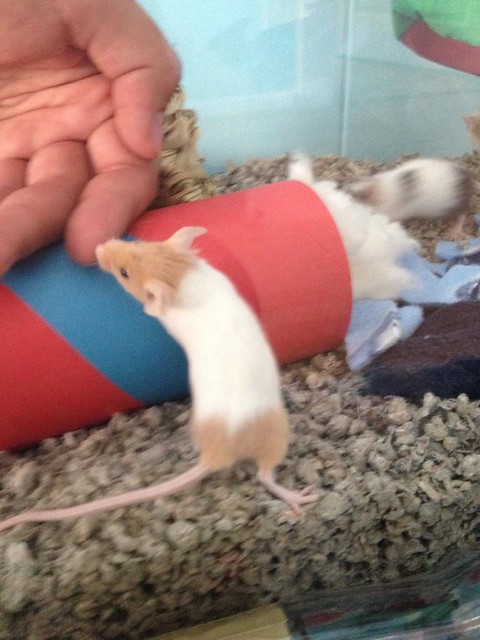