I guess I should show y'all this little guy.

Y'all haven't met Kita the Akita (we didn't name him..) yet I don't think. My parents got him about...a year ago now, I guess? Not quite sure to be honest. No more than a year though.

Well we lost Leo about a year and a half ago to GDV. It was very sudden (as is the case with most GDVs...) and about a month after they'd moved, so it took a long time for all of us to recover.

Eventually, they were looking for another black GSD as a playmate for Nikki since she'd never not had another dog around to play with, and found one advertised at the animal shelter, so I went with them to have a look-see.

Hhe wasn't a GSD, not by a long shot, but he's pretty **** cute all the same, so we took him home on a trial run. Have to admit, I didn't like him at first, because he ran Nikki ragged trying to play with her (a behavior he didn't show when we let them both into a yard at the shelter) even when she was trying to get him to back off (she'd growl, lash out, he'd back off for a split second, then chase her down again as she was trying to escape), but my parents liked him and I had no say in the matter. Turned out for the best though because he eventually learned appropriate behavior and now they get along just fine.

He's a really goofy guy. Seems to get 'lost' a lot of the time (I often wonder if there's something legitimately wrong with him) where he'll just be walking, slow down a bit, then stop, stand for a while motionless, then just hop forward tail wagging and coming at you full steam. Picture someone walking, mulling something over, coming to a realization, stopping to think about it, and then suddenly lurching forward as they've figured out the issue and are now walking determinedly along their original path. That's what it looks like.

He'll also run up the stairs if he sees you anywhere near them, but only half way, or a fourth, or whatever. His goal is to run about 5 steps up in front of you so he has time to turn around, sit down, and wait for you to come up and pet him, then when you do and you pass by, if he has enough room he just does it again until you get to the top. Real easy to mess with him by going up and then down again lol.

Goofy, but very loveable. Has a few problems, like chewing (on people) because he wants you to play with him but he's very slowly getting broken of that. Used to be he'd chew incessantly upon you but now he'll chew (and it's not hard chewing, nibbling really) and then kind of go 'oh yah, that's not right' and then start licking instead.

He's also dog aggressive, in that if he sees another dog he barks and lunges at them, but once he actually gets over to them he's chill about it as long as they're chill about it, then he sniffs them and he's OK. Still haven't worked out how to break him of the initial reaction yet.

Anyhow, this is him: 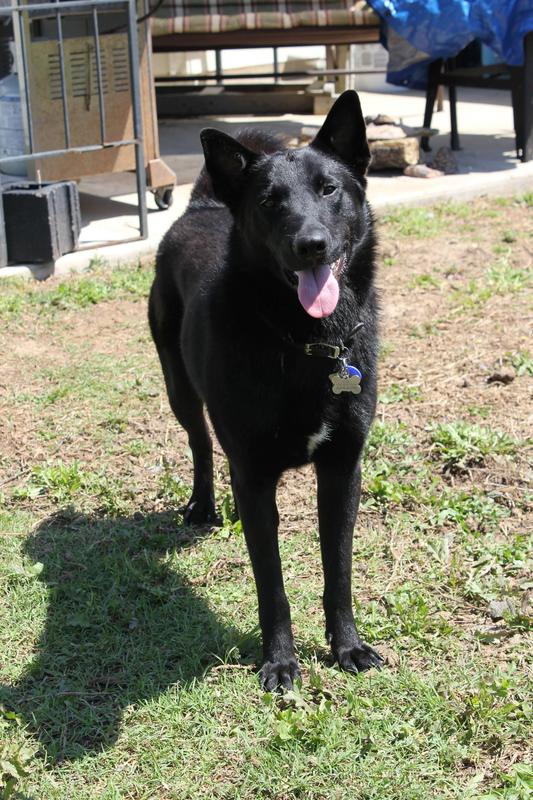 And the two wonder dogs together: 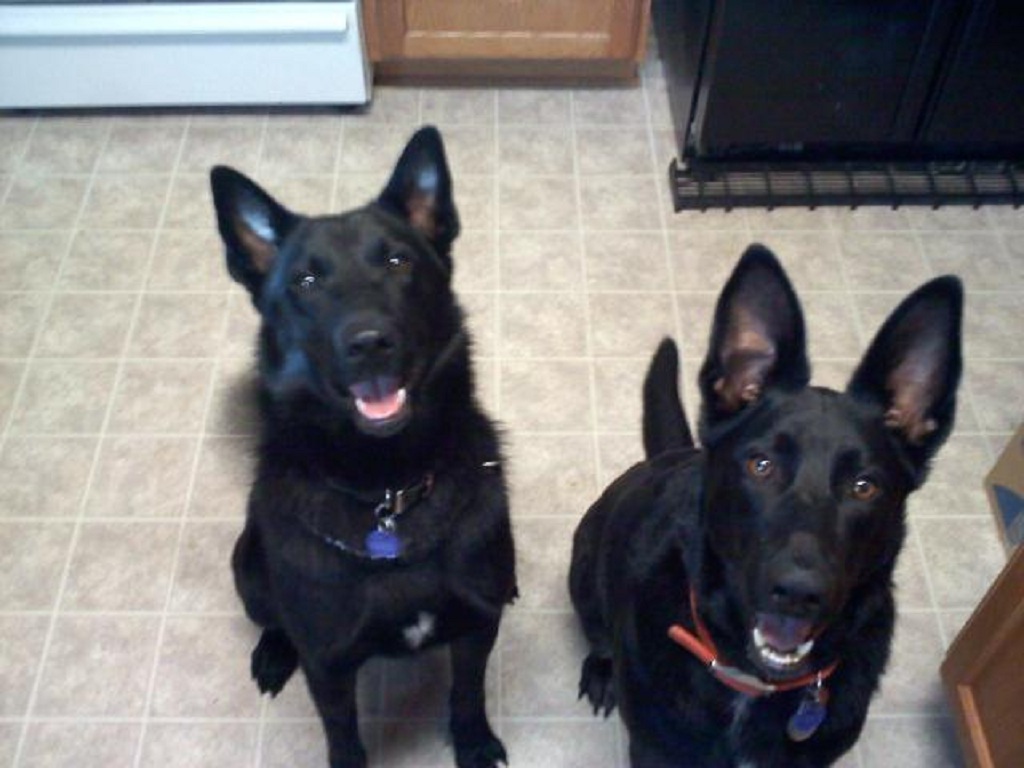 You're alive? How's it going?
R

why would it be such a long shot to guess GSD?

release the hounds said:
why would it be such a long shot to guess GSD?
Click to expand...
Same thing I was wondering. He looks more GSD than Akita. He's beautiful, and looks very happy.

I see a fluffer tail, not a sleek one like a GSD. Same with body type, seems square. Could be mix, who knows, but I definitely see either Sibe or Akita mix, at the very least.

Beautiful dog! I'd wonder about Lab/Akita. Something about his head, and the way you describe his personality, too.

Although, looking at his feet, there could be a little APBT/Pitbull type thrown in the mix. Which would explain a LOT :rofl1:

Laurelin said:
You're alive? How's it going?
Click to expand...

THIS! I've been wondering about you! I was hoping some science experiement cow-turned-carnivore didn't eat you during vet school or something.

he sounds like he will keep everyone on their toes!!
G

You're alive? How's it going?
Click to expand...
Good, just busy, busy, and more busy. They keep heaping stuff on top of us. "Oh, 3 tests this week, with two on the same day? Ok well we're also doing a surgery the day before the tests that generally takes y'all about 6 hours to complete, and we'll go ahead and start that at 3 PM. Hope you didn't want to study or anything. And you'll need to re-autoclave your packs by the next day...have them done by 8 AM."

Fun times...but way better than just sitting in the classroom all day. Second year, the really goofed with the scheduling and we literally did not touch a single animal the entire year during class hours. It was stupid. Much better for the 2nd years this year though.
You must log in or register to reply here.
Share: Facebook Twitter Reddit Pinterest Tumblr WhatsApp Email Link