These were actually taken a few weeks ago but I only just now got around to editing them. One of my favorite things about my dogs is how snowflakes fall on their fur... so... yeah. And somehow Pepper became the star of this photo session. Normally she is hiding in the background or directly under my feet so I can't get any good photos, but this time I managed more of her than the boys. 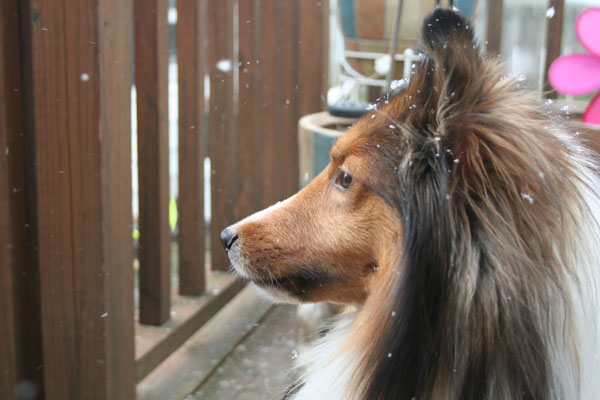 Just one of Pay to start... 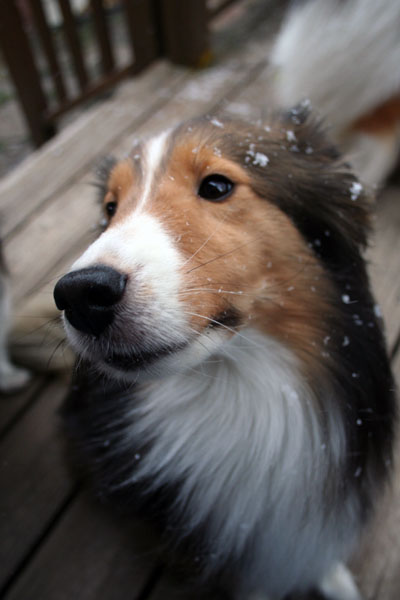 Then my pretty girl showed up. 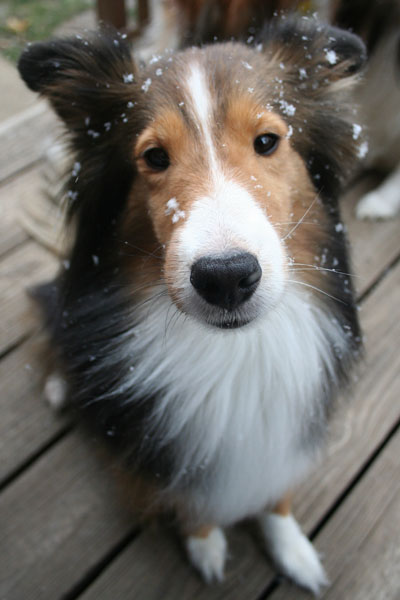 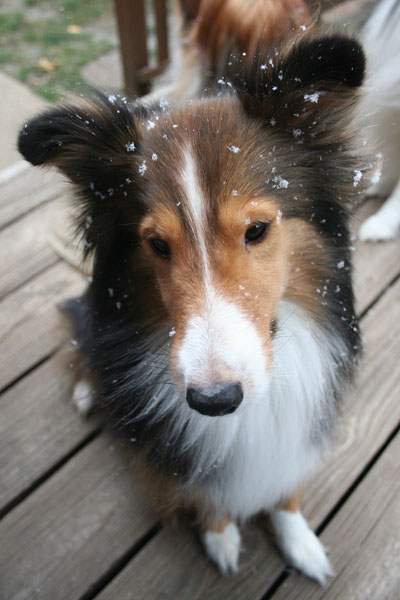 Ears up! But head down. 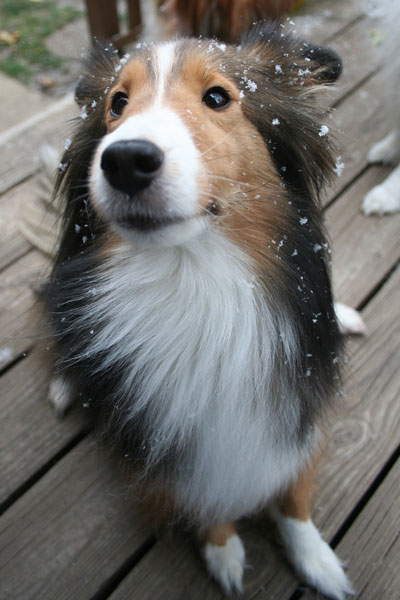 Head up, ears back down, haha. My girly. 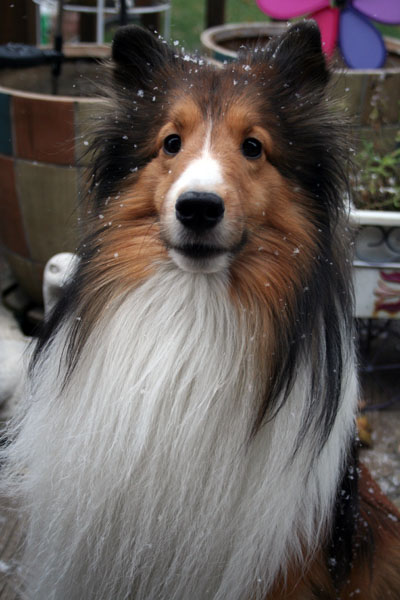 Another nice one of P... 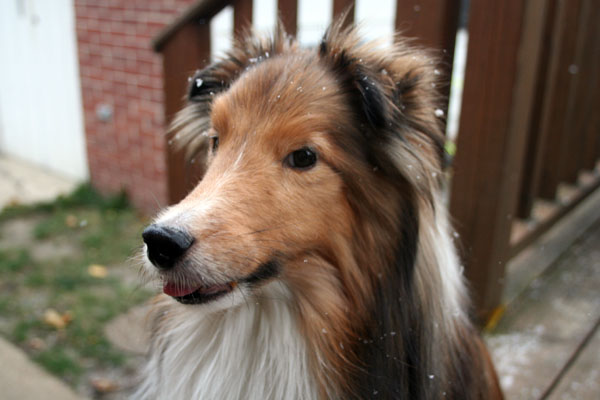 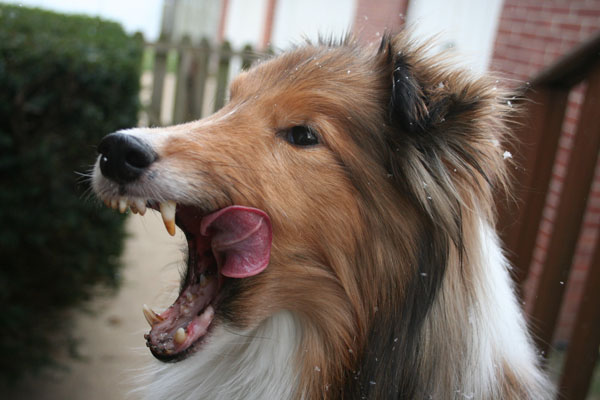 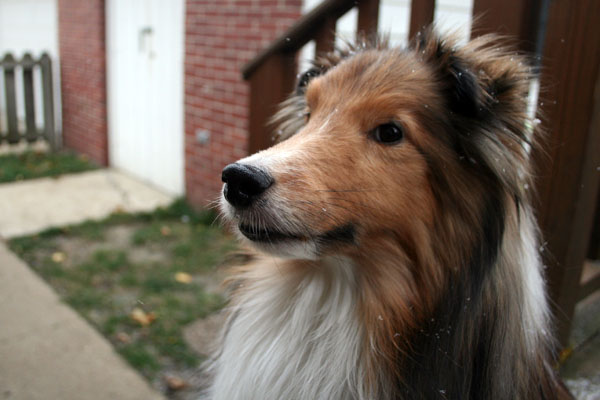 Seriously he can kinda be a real jerk. 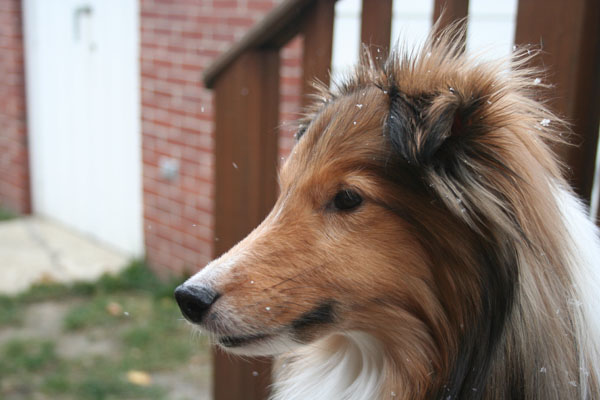 Okay ONE nice one of Auggie. 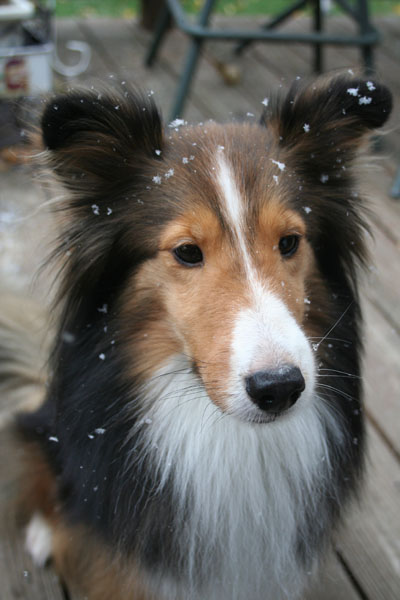 Back to the pretty Pepper. 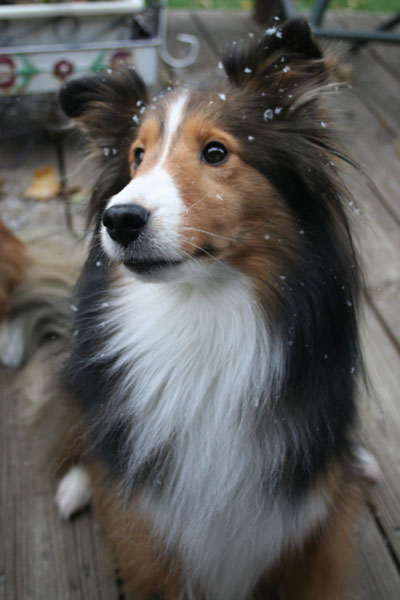 I love her expression in this one, but the snowflakes aren't in focus how I'd like. 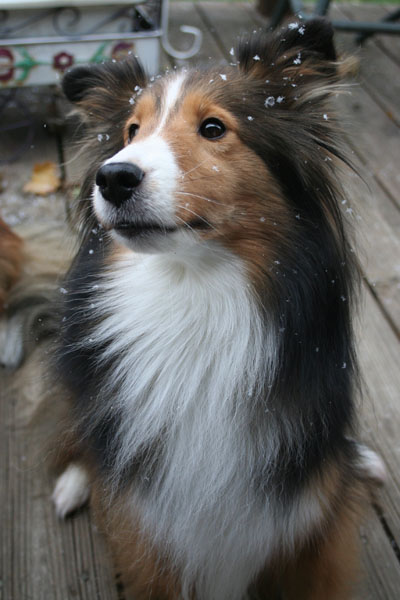 Here the snowflakes are better but her expression is not as good. LOL. Oh well... they're both rather nice.

End!! I'm sure there will be plenty more snow pics to come. Ugh.

HOLY CRAP. Those are amazing shots, especially of Pepper! I love the first one in the second post. She's just the sweetest thing. <3

Actually I love all of them. Great shots!
I really need to get out and take more of mine with an actual camera and my my phone

I love Pepper! She always looks so girly and sweet!

Pepper has the sweetest little face

Love them all but Pepper is definitely my favorite. Great pictures by the way.

Adorable photos! I love that coat type for the way snow falls on it... Recon is the same way.

Aww!!! These are so good. I love the snow on their coats and Pepper is so gorgeous.