Middle-child got her VERY OWN trip to the pet store so we could try to pick out a toy. Pepper isn't hugely into toys anyway so I wasn't sure if we would find anything. She was horrified by the sliding door when we got there, had no clue what to make of the piles of dog food surrounding her, was slightly interested in the "self-serve" bar of treats, and kept jumping on me to remind me she was there in case I might accidentally leave her behind. We did actually find a nice little toy I thought would be okay, so we bought it, the cashier gave me a piece of chicken jerky to give her (I told him I doubt he would take it directly from him), and then when we left, she tried to make a mad dash out of the store and ran head-first into the sliding glass door before it opened.


ANYWAY.
Pepper told me she did not want another princess party, did not want a Disney Princess party (not even Frozen which is all the rage right now), did not want a hot pink zebra-stripe party, but she DID want a unicorn party. OMG why is it so hard to find unicorn horns for kids to put on their heads? So once again I bought scrapbook paper and had to DIY. 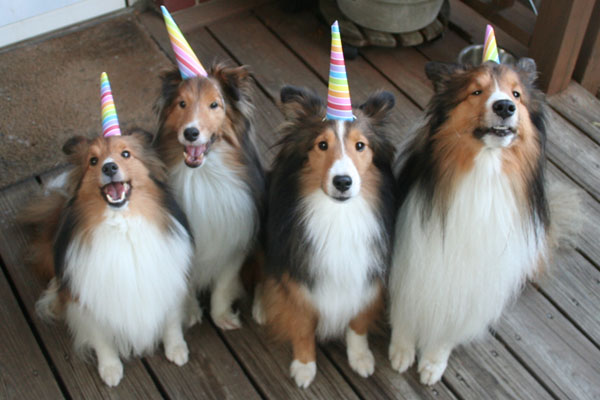 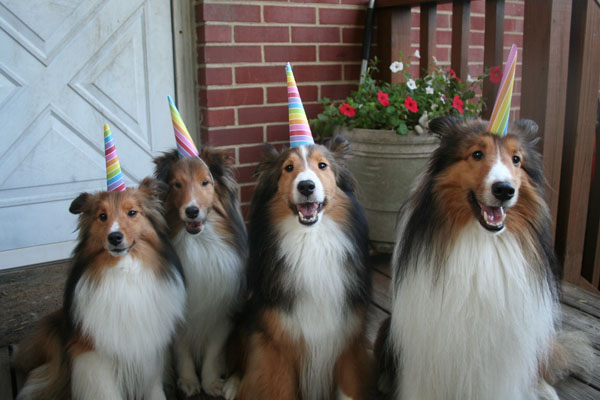 JK JK he's actually okay with it so long as we make with the cupcakes. (Meanwhile now Georgie is giving me a bit of a stink-eye because she tried to lay down and I was like "no we are sitting right now.") 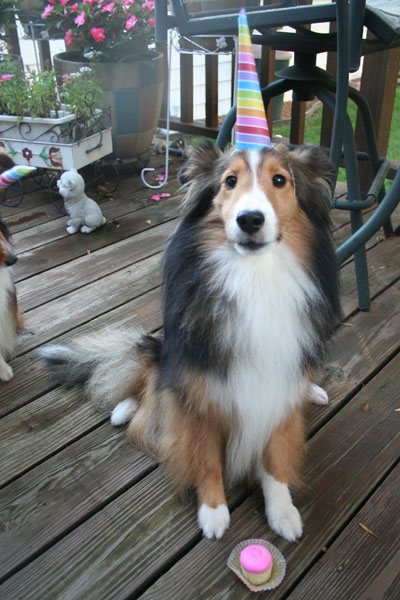 Yeah she totally did not wait long enough and nommed her cupcake before I was actually ready. She is my worst behaved little girl... 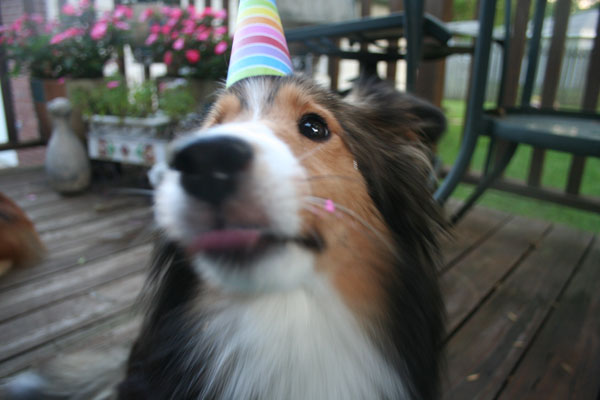 Then she got frosting on her whiskers. 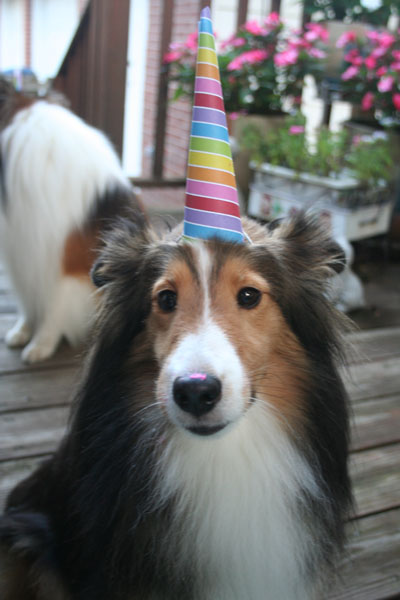 Then I put more on her nose and made her pose that way because. 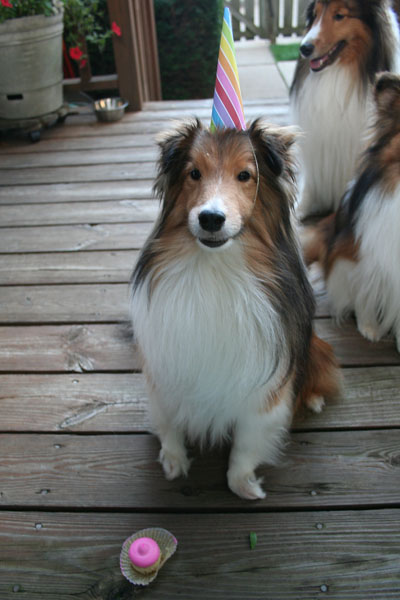 Auggie next since he is the oldest non-birthday child. He has cake on his eyebrow here because I had to reposition his unicorn horn. Also FOR THE LOVE OF GOD DON'T LOOK AT HIS FEET I SWEAR I GROOM MY DOGS. LOOK AT THE OTHER THREE. SEE? I SWEAR. 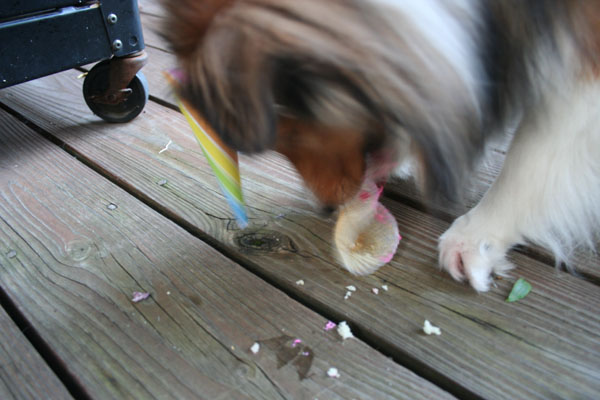 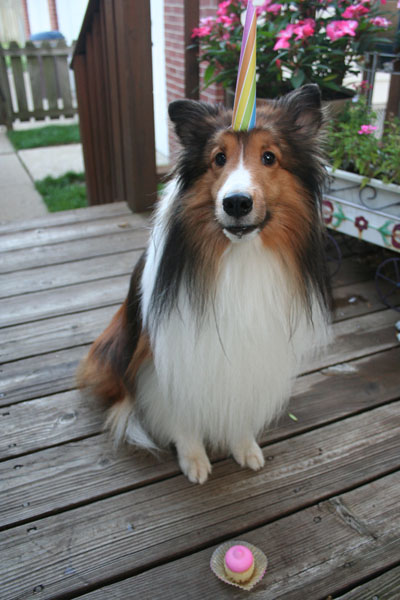 P next. I unfortunately missed the long string of drool that dripped down from his chin as soon as I set his cupcake down. (You're welcome.) He's got a little bit of crazy eye goin' on here. CAN WAITS.

So he REALLY wanted that cupcake guys. But he made a really good decision to wait for it. Paytons DO have self-control (sometimes.) 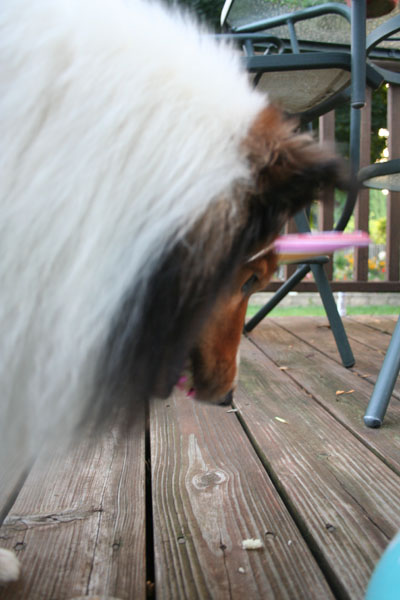 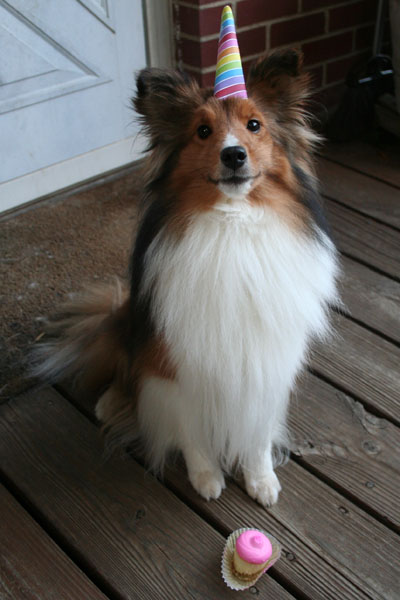 Miss Georgie did a very nice wait too. 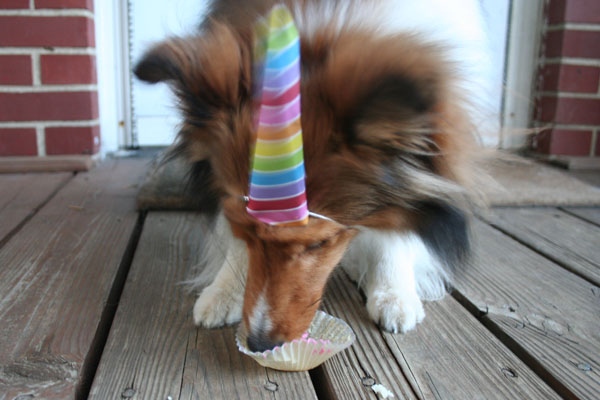 And I actually, for once, got a GOOD photo of her eating a cupcake! 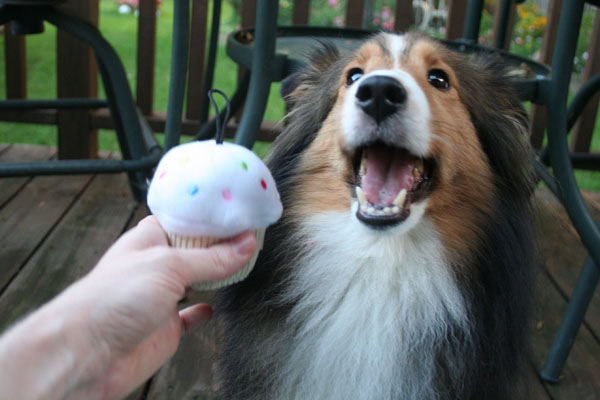 Peppy present!! It's... A CUPCAKE. I thought it was appropriate, hahaha, and it's about tennis ball shaped so I thought she might actually play with it. 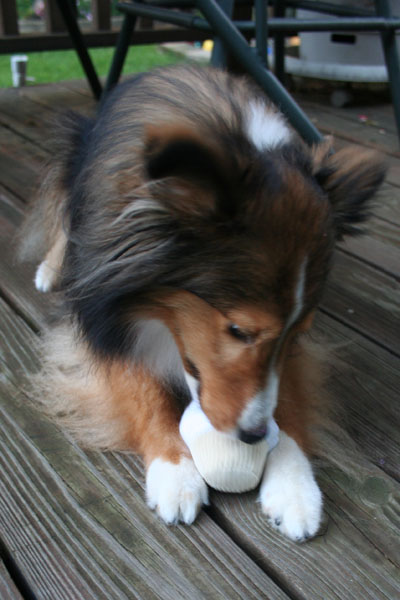 She likes it when it tastes like cupcake frosting, that's for sure.


HAPPY BIRTHDAY MISS PEPPER!! Sorry I made you go out in public to a pet store and freaked you out for your birthday. But the cupcakes were good.