Does your dog swim?

Just as it says! It is now summer and never in the past have I had swimming dogs. IT IS SUPER FUN!

Tulsa I had to encourage with treats and a lifejacket. She is now off both of those and going in like a pro. Iggy lives to be in the water.

Harlow would like to swim, she's an avid wader; however, she sinks. Rider will occasionally go in if I get him really amped up for the ball. But, he would prefer to stay dry.

Mia and Summer CAN if you force them in. But water kills papillons and they melt.

Hank loves to swim especially with other dogs. First time I took him to the water he was off swimming with the other dogs. At first his form was a bit... off. But he's getting to where he's more efficient and starting to swim out further. It is FUN having a swimming dog.

Watson and Menchi will wade around in the shallows, but that is as far as that usually goes.

Watson will only get in the water if there are enough other dogs in it to make it interesting.

Sort of? He likes to get into water and wade around, but only if he can get in gradually (no dock diving for him). Just recently he has moved beyond wading and started to actually swim on his own.

Two years ago on vacation he did swim quite a bit, but only because we all got into the water and left him on shore. He looked so miserable about it but wouldn't stay behind. Then once he got to us he would try to climb on our heads. The life jacket helped a lot, since before he would panic and start flailing if he had to swim too far.
Last edited: May 29, 2015

Yup, all but Eden (who wallows in the mud like a piggy)! It is my FAVORITE way to exercise my dogs! I can't wait until someday when we can have our own pool or pond or something... 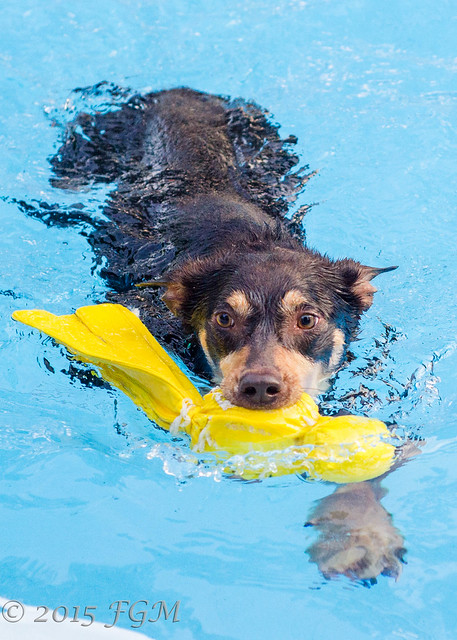 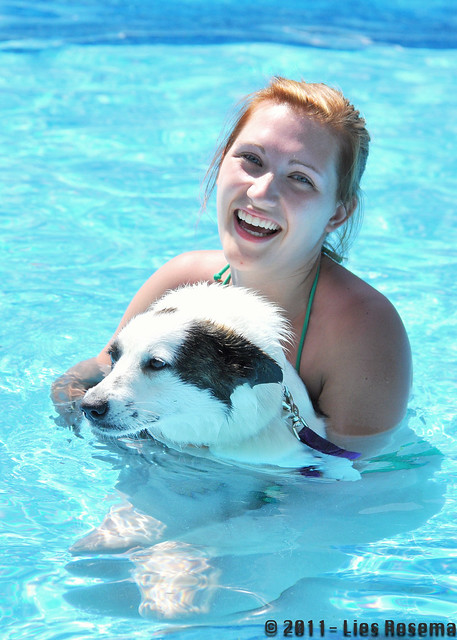 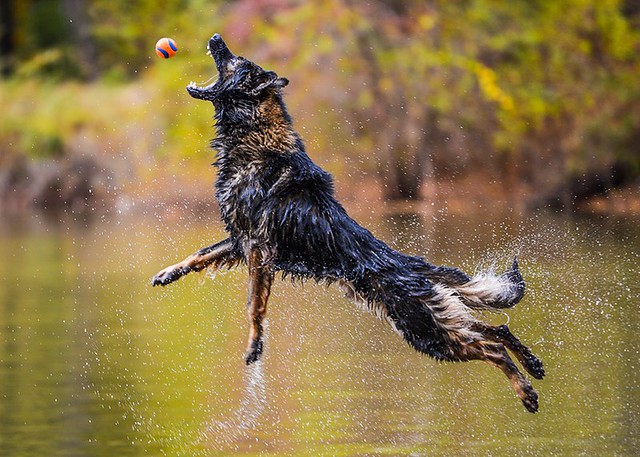 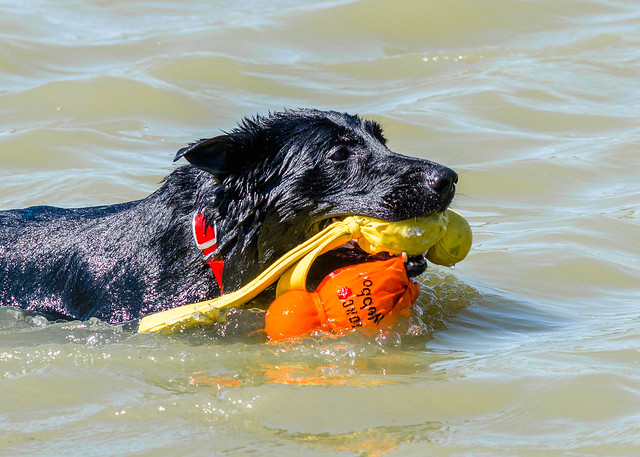 Yes!!! I always wanted a water dog and I am soooo happy that I have two.

Crossbone doesn't like to swim just to swim but he LOVES to retrieve things from the water (especially his duck butt ball). I think it's his most favorite thing in the whole world and the only thing he's really passionate about. At the big lake he likes to chase waves. He does not enjoy his kiddie pool or sprinklers and especially not baths or rain.

Pox will swim just for fun. He likes to chase after his splashes, swim after Crossbone, swim in circles and once in awhile retrieve a ball. Loves his kiddie pool and sprinkler. He'll sometimes get in the shower with me and somewhat enjoys baths. 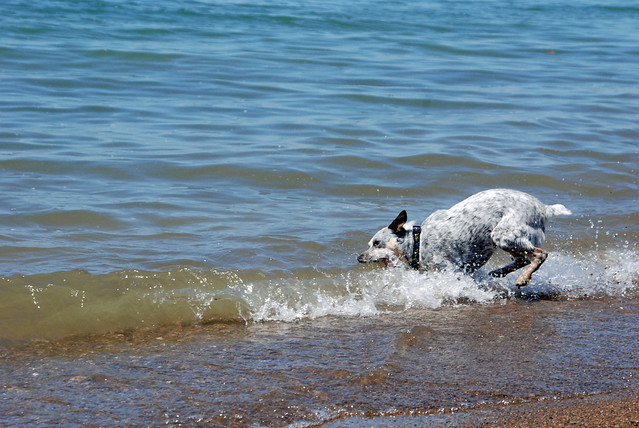 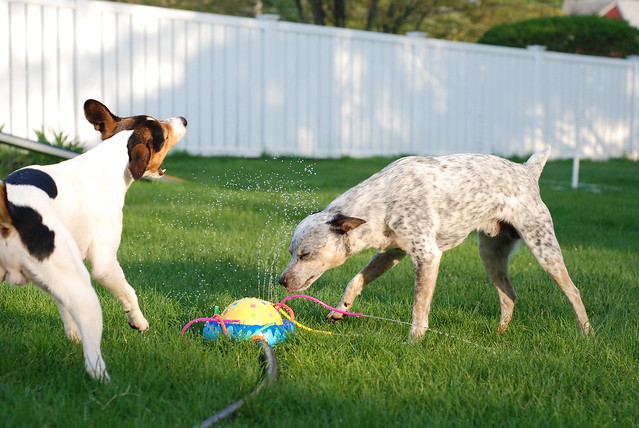 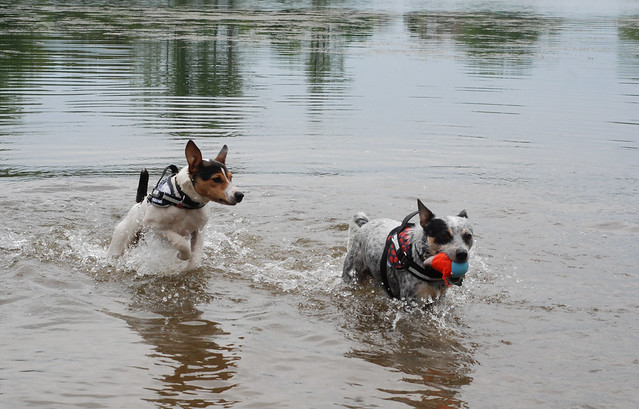 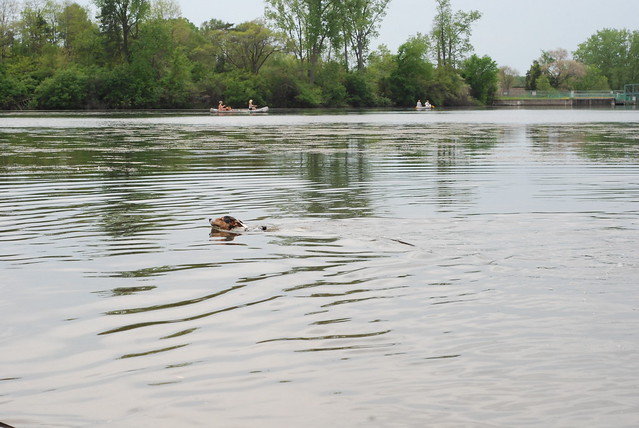 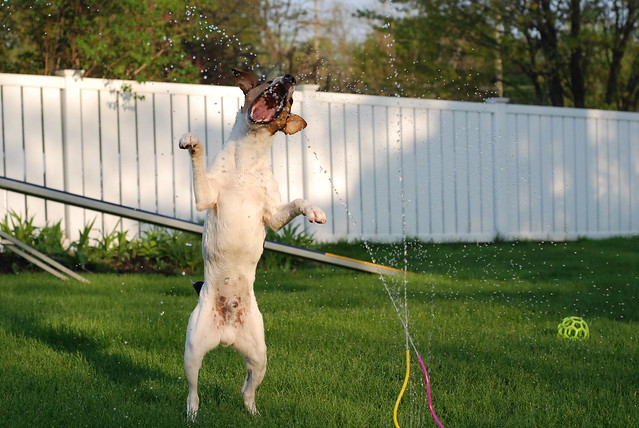 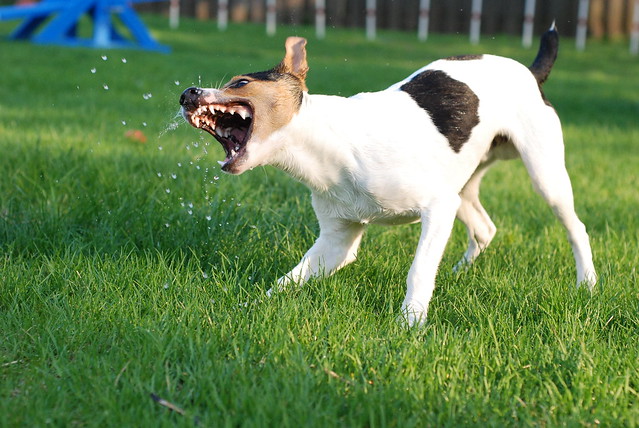 Roxie's only been once, but she can if you put her in a life jacket and keep her on a longline lest she drift too far and needs to be pulled back in, lol.

Frodo will swim if I swim. Otherwise he wades.

Siri LOVES swimming as long as she has her lifejacket on.

I think Sara said that Skill has waded after other dogs, I'm hoping he will swim with Siri.
S

Yes. Venice won't swim just for the hell of it, but she will enthusiastically retrieve out of the water and will follow us if we swim out.

She does get cold easily though, so it needs to be a hot day and very mild water for her to really swim or play in it for an extended period of time.

My dogs CAN swim but they are VERY unhappy if they are forced to. There was only one time my Chloe willingly jumped into the water and it was when I was in a floaty floating away and idk her Velcro self must have thought I was leaving her for good because she was crying and jumped in and swam to me once!

Only when forced, and straight to the side of the pool.
I really wish he loved it. But he doesn't

No amount of attempts to get him to like the water have worked so far. It doesn't help that he is pretty prone to ear infections if his ears get wet.

Hudson can flail around in the water enough to get himself to shore, but he'd much rather not. Last year on vacation he would swim out into the river to the people and I think by the end he started to enjoy it, but that didn't carry into this summer. He got carried away chasing another dog into lake and realized he couldn't touch bottom and flailed himself back to shore. He was more careful after that.


He does LOVE playing with the hose. Loves it.

Sam can swim but will only swim if he has to. Sometimes if I'm in the water he feels like he needs to swim out to me and make sure I'm not drowning but that's it. He'll wade though.

It hasn't really been warm enough up until recently for me to take Wilson to an actual body of water other than a creek to swim but he has enough ball drive that I have high hopes he'll go in after a ball. He loves splashing through shallow water too so I think he might enjoy it.

Talon loves to swim. Mostly when chasing a ball, but he will swim even without anything to chase. He's always loved to swim, even as a puppy.

Artimis on the other hand only does it if we are in the water and won't come out. Lol

Milo I had to train to come out of the pool on command because he will literally swim until he drowns before admitting defeat and returning to land.

Benji will swim if it's super hot, but not otherwise. All my other dogs have been into wading but not sure on swimming.

Abrams, of course, LOVES to swim. He's kind of a pansy and likes to start off touching, but as he's gotton older he really doesn't care as much anymore. Turned away for one second while we were at the beach and when I looked back he was just swimming out to sea with his ball! Michael had to wade in past his waist to grab the long line to get him to come back.

Retrieving in the water means a bomb could go off 5 feet away and he wouldn't even care. Ball and water combined = life. When we're at the beach and he gets tired, he'll lay down in the water so just his head is sticking up and play "bob the apples" with the ball. He also likes to have splash fights. He loves to play with the hose, too (so much so we have to limit it as he gets too obsessive). He will literally run to the porch door screaming when he sees me get out the nail trimmers and ear cleaner because he knows that means bathtime, which means hose play time.

Cynder does not care for water. She will occasionally wade in to her ankles, and she'll swim if Michael wades out and calls her to him, but that's about it.

Juno will, but she's not the most enthusiastic about it and some days she just won't swim.

Pay is the big water lover but also my worst swimmer. I tried dock diving with him at Louisville and he went down the ramp but the water was suuuper cold and he wouldn't go any further. He feels better in his life jacket and honestly so do I. my mom loves telling me about how our collie Happy almost drowned swimming in the lake because his coat got so heavy with water... yeah. He is obsessed with his pool (I really should have recorded his reaction when I brought it out for the season last weekend) and the hose and the sprinkler. And the lake really does make him a happy boy. I want my next dog to dig the water too so I hope I get lucky again, and I hope the terrible two might instigate one another and I might get a real dock diver out of P.

Auggie and Georgie are excellent swimmers but Georgie hates the water and Auggie has only recently gotten to where he will jump in the pool just to cool down. but he won't spend a lot of time playing there, just jumping in to cool off then hopping back out. He used to love the hose and the sprinkler but he doesn't have much use for them now, especially because P is usually barkscreaming himself insane in the middle of it all. I think Auggie would love to play tugboat in a lifejacket with people in the water, but I don't expect he would have much use for it just going off for a swim.