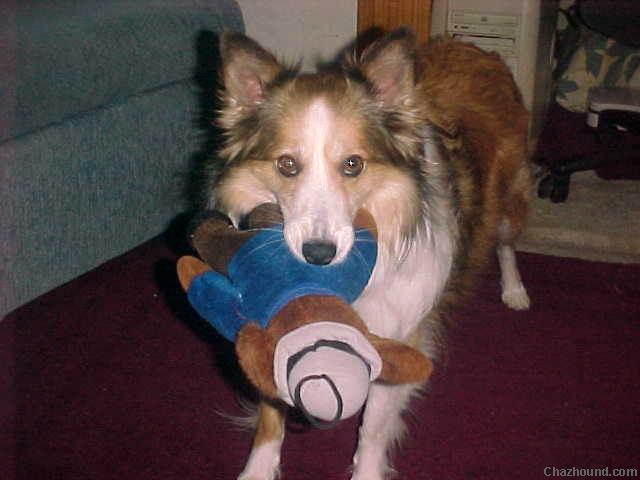 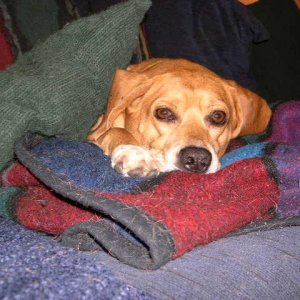 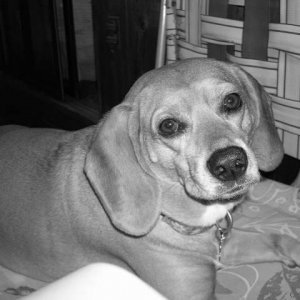 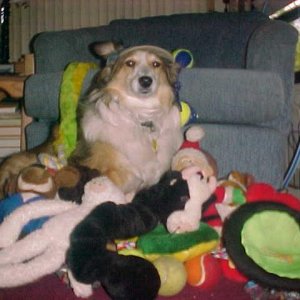 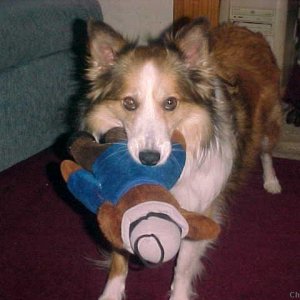 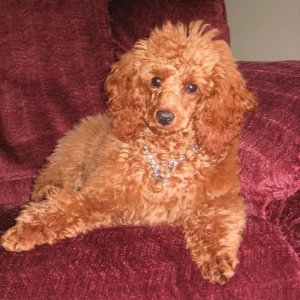 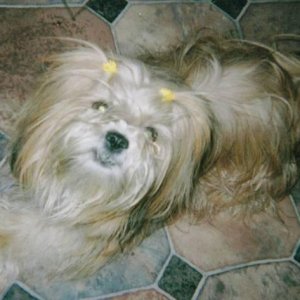 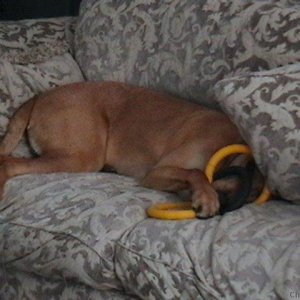 Dingo's favorite toy; Mr. Man
Click to expand...
Love your dog....does he tear up the stuff toys? My dogs destroy them!
....eventually he likes to get the squeaker out. About that time he's pulled most of the stuffing out. I just pull the rest of the stuffing out and he gets the shell. He's had "Mr. Man" for about two years and has yet to destroy it. Course Mr. Man's speaker/squeaker says "How Ya Doin", so it might slow Dingo down a little.